James Mortimer’s paintings present a reimagined Garden of Eden where man and beast exist on equal footing. There is a seductive air of uncomplicated freedom, with people living in communion with nature. But in exploring this idyll, James also uncovers the often-ignored implications that such an existence involves. Freed from social constraint, people behave unthinkingly with a blissful lack of self-awareness, and once governed by their basest instincts soon find themselves given over to shameless naked abandon: to foolish acts of wanton violence, sexual impropriety, and long afternoons of listless indolence.
What results is a world whose fauna is both animal and human, all acting at much the same level of consciousness. Frolicking deer range over open plains and hungry baboons eat nesting egrets, while semi-clad woodsmen hack at trees with axes or drown each other in the lakes. Anything man-made – architecture, engineering – is naive in its construction, indicative of a vague concept rather than something meticulously crafted. In contrast, trees and bushes are minutely detailed and peppered with visual innuendo, a kind of Freudian formalism that underpins every aspect of Mortimer’s land.
For all their rude exuberance, Mortimer’s paintings have deep currents running beneath them. By tapping into the carnal aspect of human nature, they echo the moral ambiguities sometimes found in folkloric myth and ritual. It is a timelessness also articulated through James’s buttery use of paint that lends his scenes an anachronistic haze. In exploring the desire for a return to nature and the bucolic idealism that this entails, James touches on a very human truth that has been carried down from the myth of the Garden of Eden onwards: that any desire for innocence is, inevitably, already tainted by the very act of desiring.
Download C.V 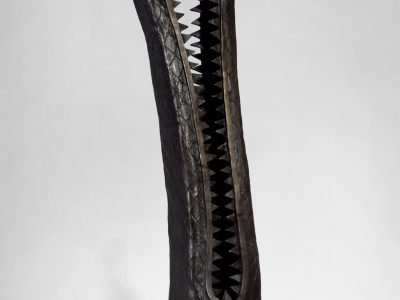 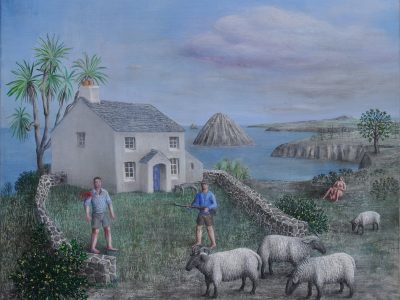 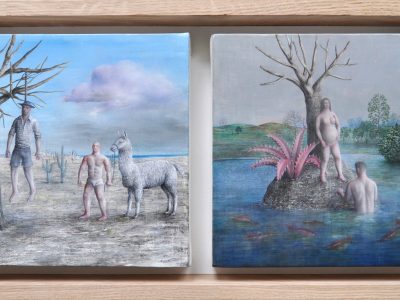 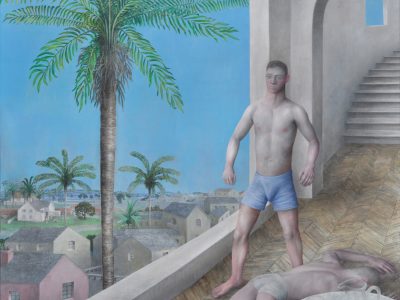 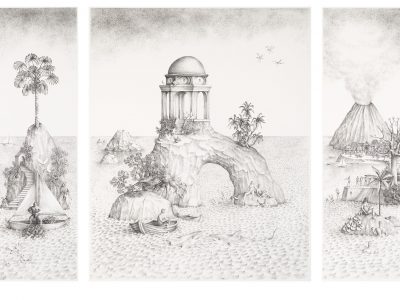 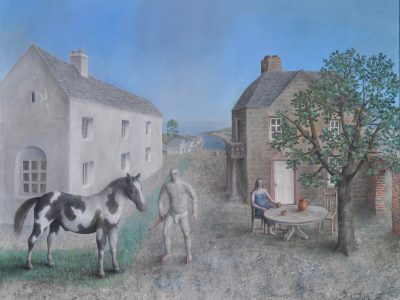 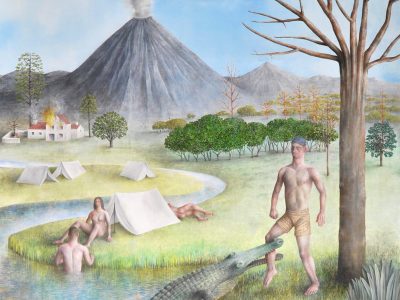 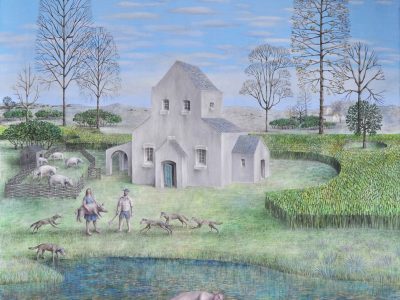 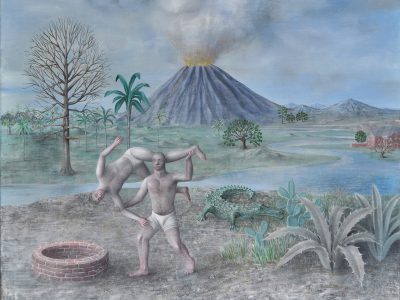 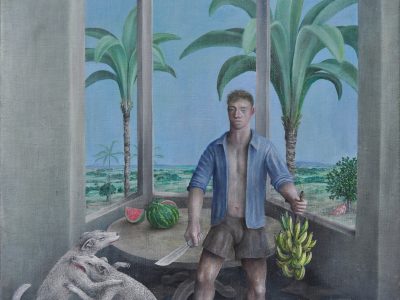 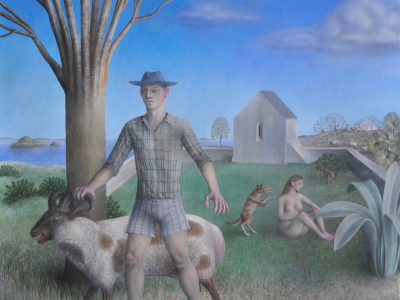 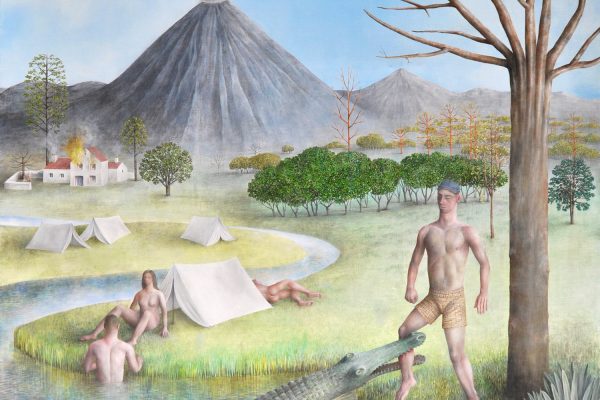 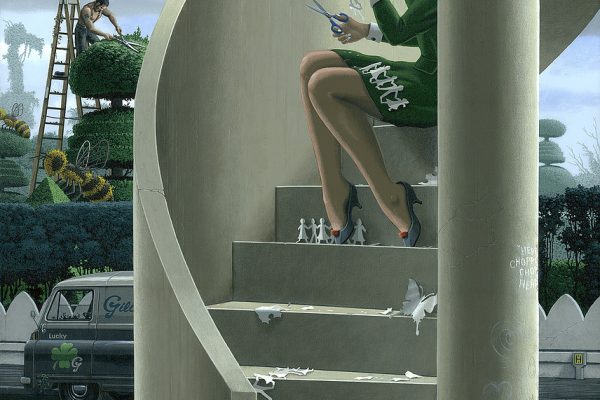 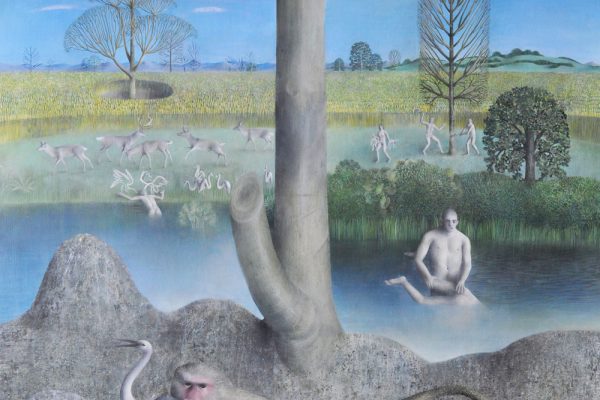 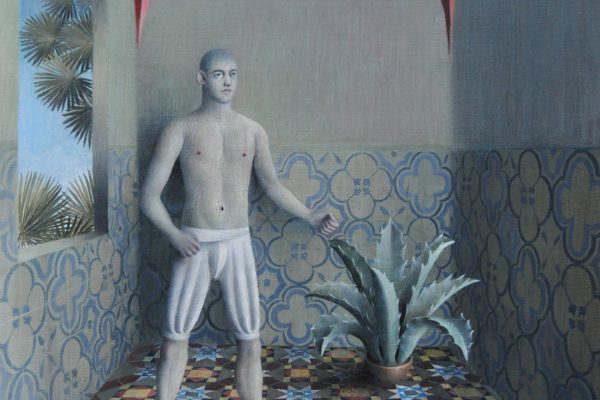 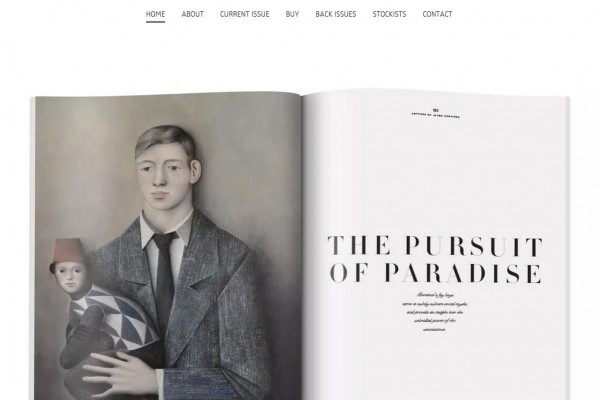 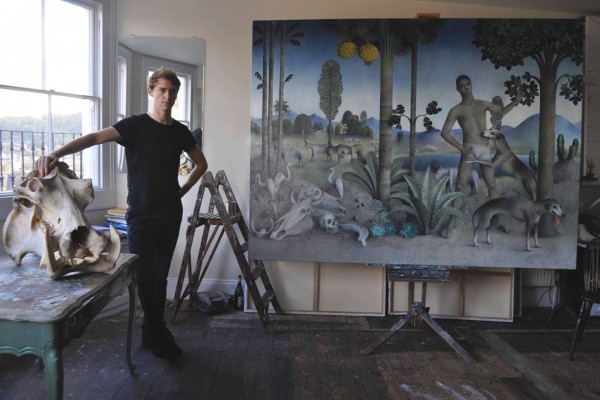 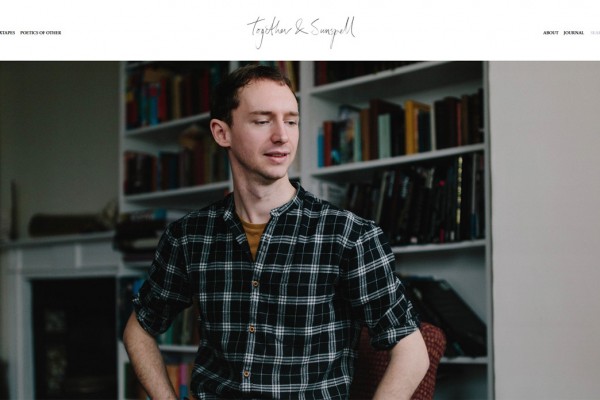 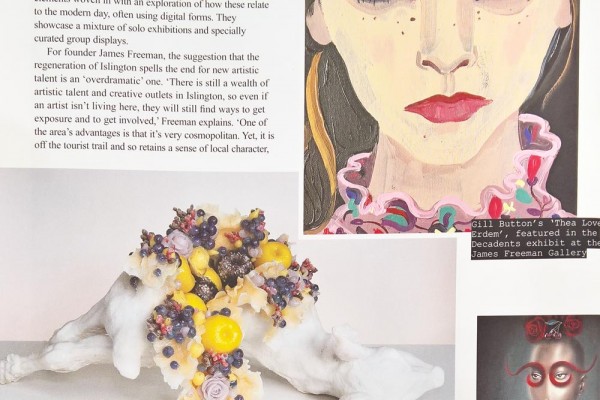