Matthew Small’s work has strong urban roots. By painting directly onto found pieces of metal, he brings physical elements of the city directly into his work. The people he paints are also found, filmed anonymously on the streets of London. In this way, Matthew focuses on creating portrait painting at its best, when the identity of the sitter is of lesser importance than the power and insight of the piece. Matthew Small paints the invisible: the individuals of the city crowds. Using images lifted from anonymously filmed footage and working with recycled scrap metal, Matthew’s portraits have a sense of energy and power that compensates for how everyday people are usually overlooked in our flash-in-the-attention-span culture. In Touch/Screen Matthew presents a series of new three-dimensional works, where he has pushed his painting out onto multiple levels. Rough-cut and ragged, these faces force their way forward and fight for attention to make their presence felt. They are very much present in the here and now. (From Touch/Screen – February 2014) Central to Matthew’s approach is the belief that these people are valid and positive, and that it is the institutional British social system that leaves them marginalised and without prospects. He uses his artistic practice as a means of giving these people representation in contemporary art and culture (they are the most unlikely subjects for portraiture, a tradition which normally requires the sitter to be either rich or famous enough to warrant the painting). He also uses it as a route for them to divert their energies to something constructive – for the past few years he has been running art workshops for young people, and mounts exhibitions raising money for disadvantaged homeless kids in London. Process His social ideas are carried through in his process and materials. To source his images, Matthew ventures out into the street with a video camera and films his subjects, often anonymously, in their local environment. He then finds the materials in the same place as the people, choosing to work on anything that people throw away – doors from fridges or abandoned cars, old washing machines, combi-boilers and ovens, etc. Much of the paint he uses is also thrown away, which explains his unusual mixture of oil paint, household paint, gloss, etc. As a result the paintings, like his subjects, are a product of the urban environment, made up of the things that society throws away or disregards. His use of the paint also carried this through – much like the city, it is made up of a myriad of different colours, consistencies and materials, all binding together to create not just a face, but a distinct and three-dimensional personality. 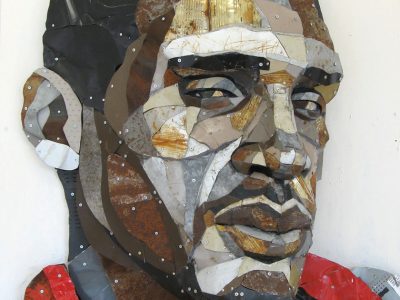 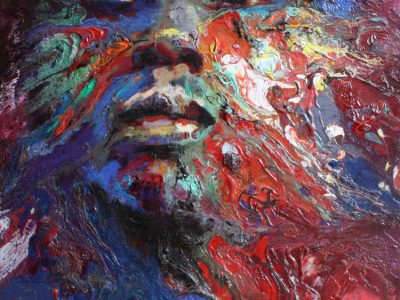 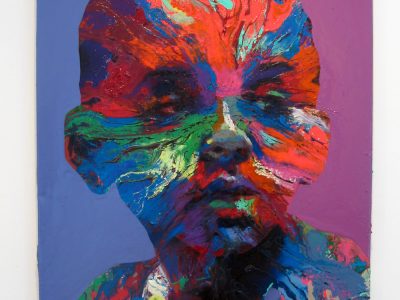 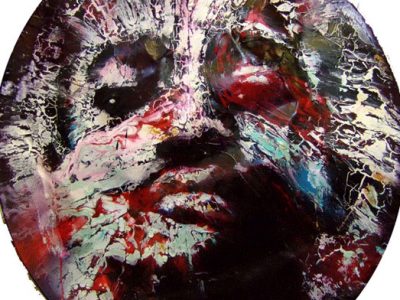 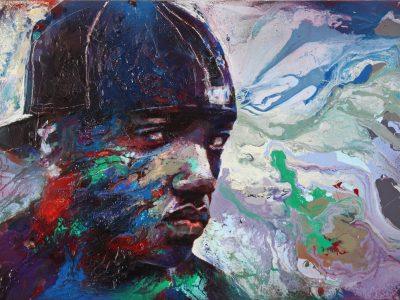 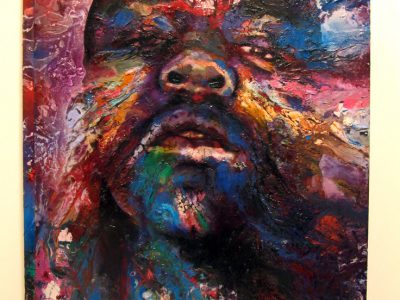 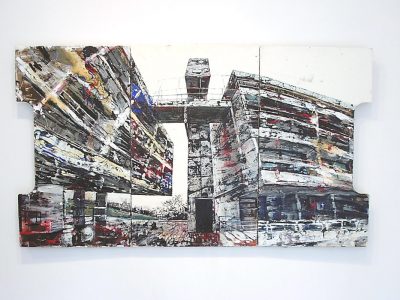 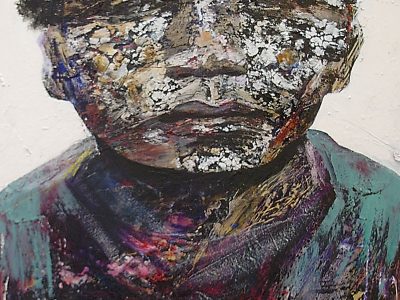 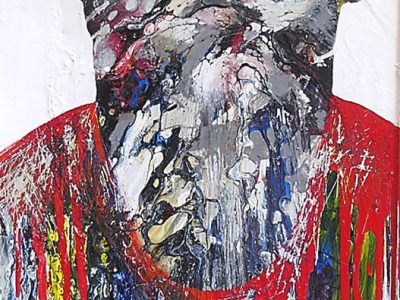 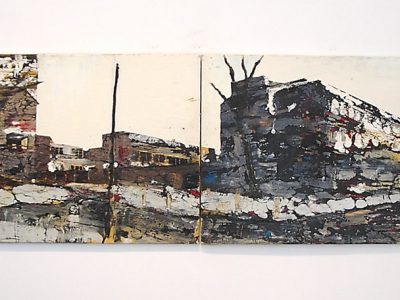 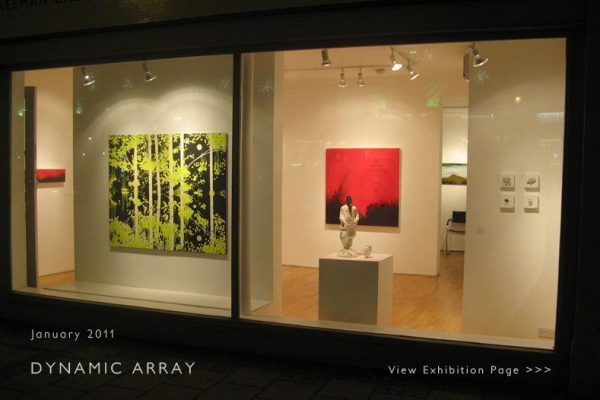 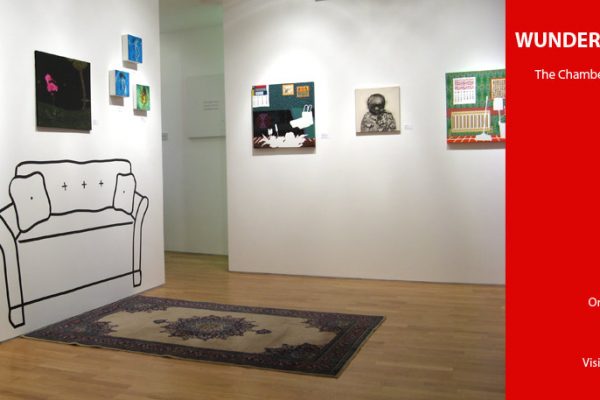 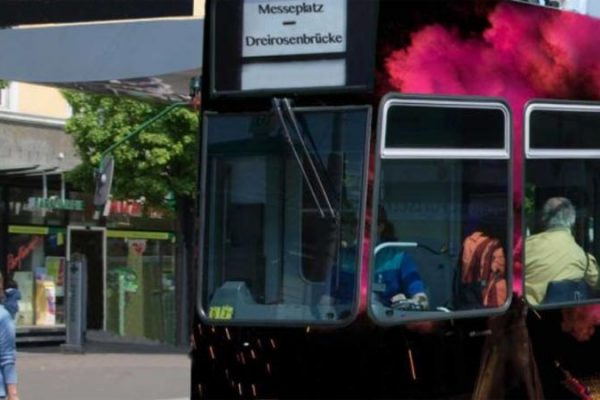 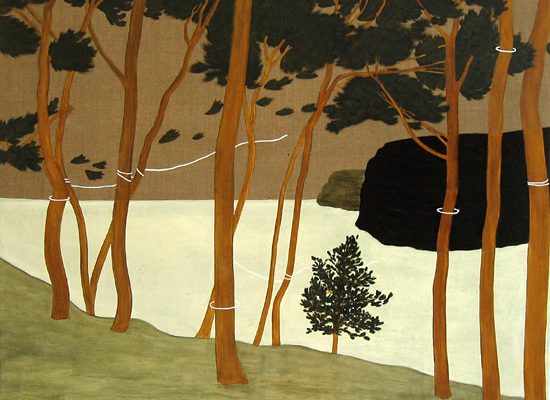 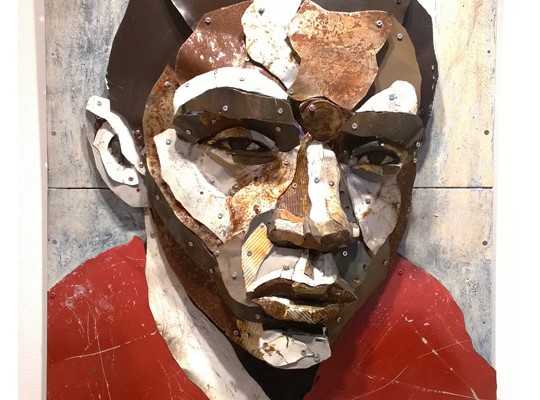 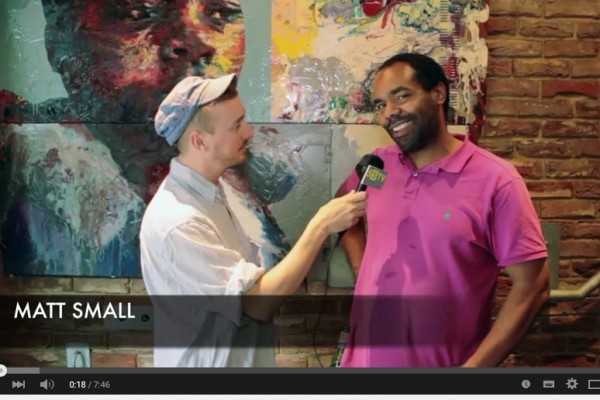 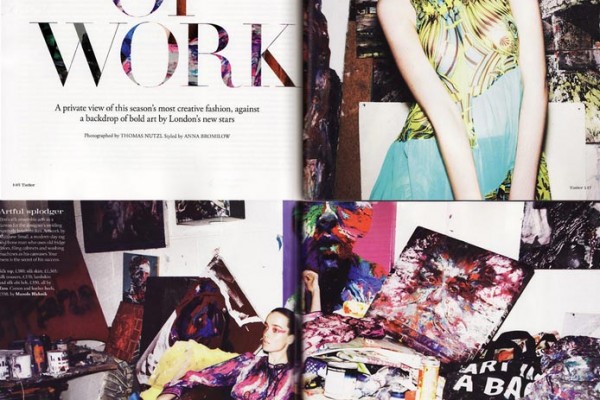 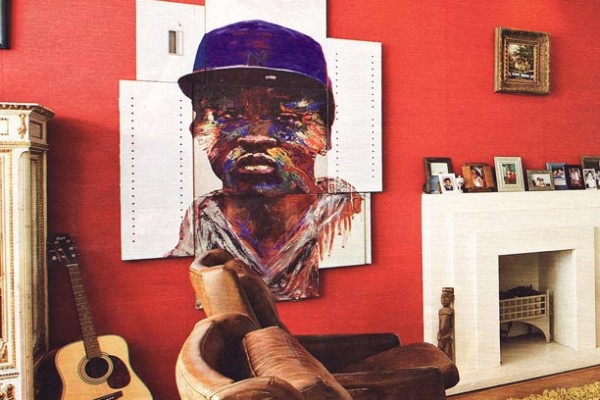