‘My practice is concerned with the making of paintings, painting installation and text work. I make paintings on canvas, paper, board, and aluminium as well as more temporary works on plastic sheeting and tape. Text work has taken the form of a series of transcribed notebooks made in parallel with the activity of making paintings.

Central to my practice are the processes associated with the material conditions of appearance at the surface of the painting: mark, gesture, qualities of surface and the mechanics of image formation as well as the perceptual movement, which occurs in the experience of apprehending a painting. The topographical and geomorphic elements in certain works, and the environments these create, are less to do with the idea of landscape and more the result of a process of tactile exploration; ‘mapping’ sensations, and articulating ‘thinking’, through these forms.

Temporality plays a critical role, particularly ‘non-linear’ notions of time. In contrast to the modernist requirement that a painting should not move, my paintings start from a proposition that a painting is a medium of potential perceptual motion despite its apparent fixity. Paint is understood as an extended temporal material with the potential to infiltrate to the edges of perception. I work with notions of illusion, not only as spatial, but also as a particular temporal perceptual motion of ambiguity, in which image may be experienced as potentially both present and absent or multiple. Resulting in an unstable or dissemblant image, that is mobile, deferred or virtual.

Paint is applied through pressure and compression, using a brush, gloved hand (providing traction) or some other form of implement. The paint is manipulated through, stippling, dragging, smearing, removal and staining in an attempt to mediate a point where the perception of image is unstable, Often this is a subtractive activity where potential forms are materialised where paint is removed or absent.

I draw on the philosophical and artistic counter tradition of the grotesque and art works that seek to destabilise the perceptual field, such as Guiseppe Arcimboldo, the optical art of the 1960s and the emergent surfaces of artists such as Jane Harris and Therese Oulton. The grotesque is associated with the temporal, excreting, desiring body of the material world rather than an ideal. At its core the grotesque painting is resistant to the idea of categorisation, there can be multiple, simultaneous categories or a failure to fit into any whatsoever. As a mental event, the grotesque can be understood as a process or motion of ambiguity and interruption, separate from its iconography; sitting at the edge what is known or perceivable and filling the void when literal interpretation fails.’ 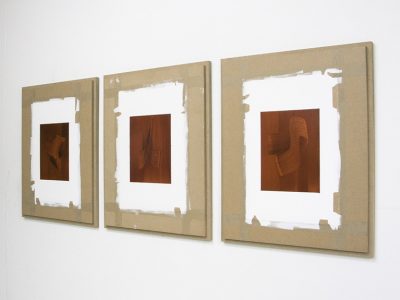 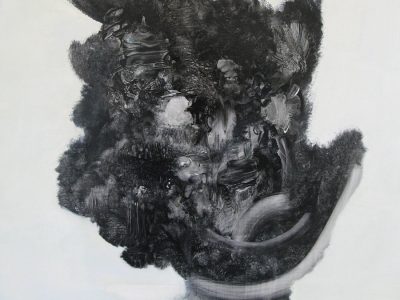 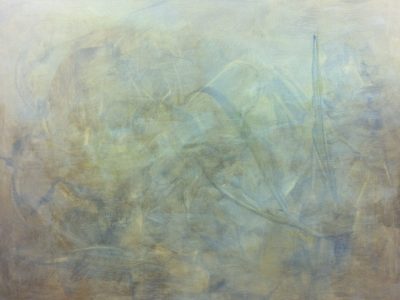 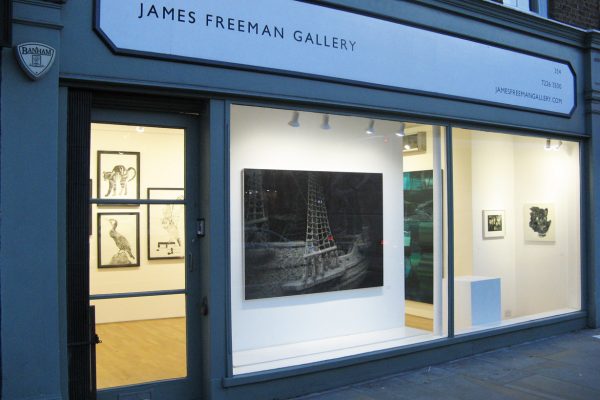 Alistair Payne, Stuart MacKenzie, Christopher Stevens, Mark Wright
7 October to 31 October 2015
We use cookies on www.jamesfreemangallery.com to give you the most relevant experience by remembering your preferences and repeat visits. By clicking “Accept”, you consent to the use of ALL the cookies.
Cookie settings ACCEPT
Manage consent