Robert Nicol’s work is an exploration of imagination and storytelling, and how impossible the freedoms of fantasy actually are. Rendered in a bubblegum pop palette and with a sense of Quixotic optimism, his works depict improbable characters inhabiting Lilliputian landscapes with joyful abandon. But in Nicol’s world, freedom is absolute and without limitation. Like a game that has gone too far, his scenes take place after the first flush of innocence has faded. Cutesy people turn vicious and violent; inanimate objects come to life as a vindictive mob. Some of his characters still plod ahead with their broken Elysium, hopelessly committed to a futile existence in a world much more complex and sinister than they could ever have imagined. It is one that is blind to concepts of good and bad, underlining that no matter how well-intentioned, the human psyche remains, at its core, both dark and light in equal measures. 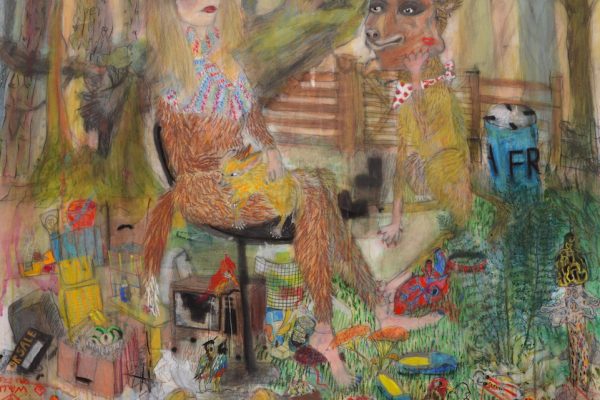 And Quickly Turn to Myth

Freya Pocklington
14 May to 5 June 2015
We use cookies on www.jamesfreemangallery.com to give you the most relevant experience by remembering your preferences and repeat visits. By clicking “Accept”, you consent to the use of ALL the cookies.
Cookie settings ACCEPT
Manage consent