We are pleased to present ‘A Cautionary Tale’, Claire Partington’s long-awaited first solo exhibition. Part fairytale, part contemporary social commentary, part art-historical treasure trove, the show brings together a wide collection of her ceramic figures together with a series of plaques and smaller precious works.

Claire Partington is an artist who revels in her historical influences. Golden age Spanish portraiture, 18th century salt glaze bears, Renaissance madonnas and medieval pilgrim badges: Claire dips in and out of each like a magpie, mixing them together with 21st century references to create exquisite ceramic sculptures. A Cranach ‘Venus’ becomes a medieval reliquary version of the board game ‘Operation’; Della Robbia devotional plaques present single mothers in vest tops or bull terriers garlanded with fruits. With striking presence, Claire’s works embody an enthusiasm for aesthetic objects and movements that sweeps across the centuries.

Folklore and fairytales are also an important influence in her work, both for their vivid imagery and also for how their narratives mutate over the years and in different contexts. Some works make direct references, such as that of a Flemish saint holding a silver nutmeg and a golden pear in allusion to the Tudor nursery ryhme. Other sculptures are zoomorphic, much like many fairytale characters: 18th century courtiers change from Goldilocks into a bear or Red Riding Hood into a wolf through the use of interchangeable heads reminiscent of eathenware vessel stoppers. Alongside these are figures that seem to have emerged from an unknown history, characters surrounded by animal friends that could have been drawn from a medieval master’s symbolic lexicon. A dandy with his hart, a matron with her squirrel monkey: these are sculptures in the visual tradition of Holbein or Campin but with a contemporary sense of humour and the surreal.

Underpinning all Claire’s work is a social commentary, particularly about women, and particularly about power. All Claire’s women have attitude: her Sleeping Beauty lies in what could be an Emin bed, her Lilith (a version of Cranach’s Lucretia) brandishes a dagger while guarded by her dog. These are women who use their aesthetic presence to project strength more so than to attract, in contrast to her dandified male figures counterparts who seem beholden to their whimsies. In part, this is a conscious redressing of the gender motifs that have carried on unquestioned for centuries in folklore and aesthetics. But it is also a means of re-evaluating the beautiful object: that beauty is often far more complex and far more mischievous than it may seem. 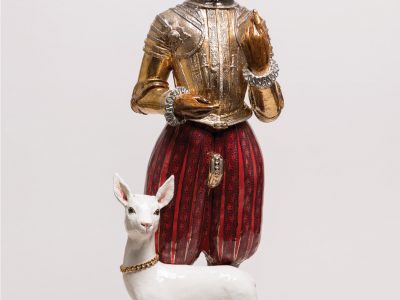 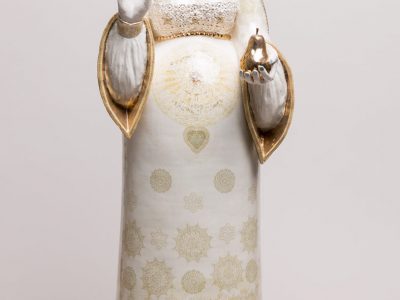 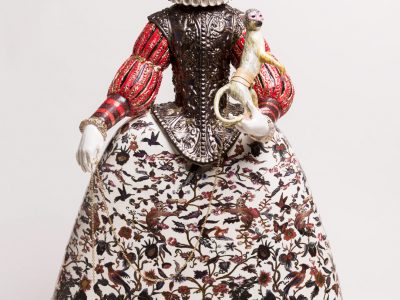 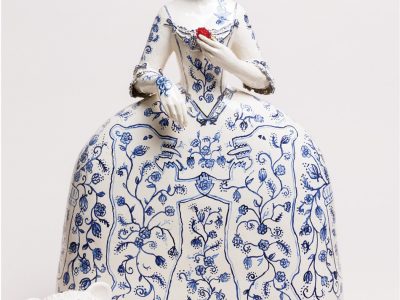 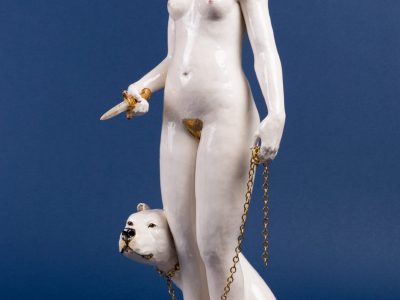 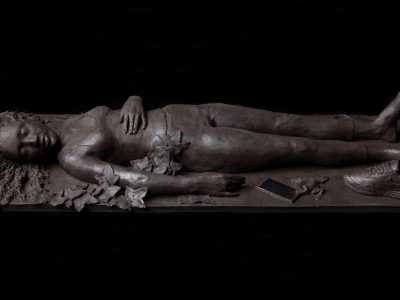 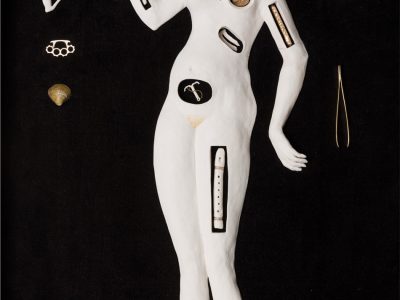 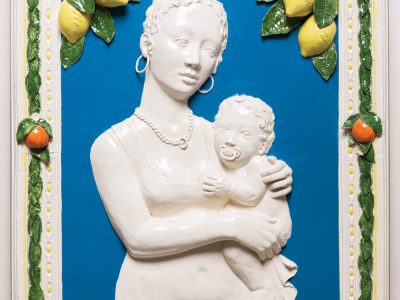 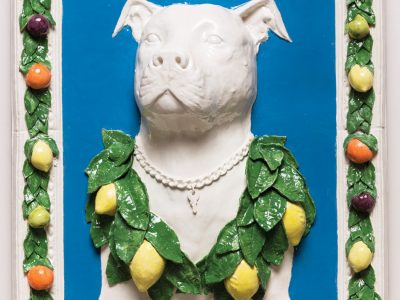 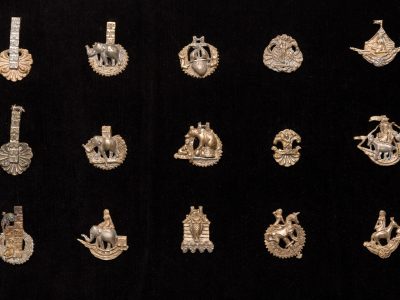 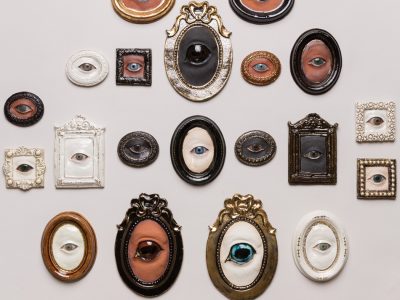 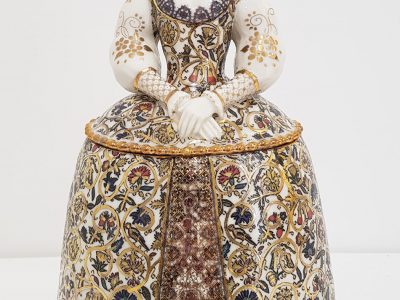 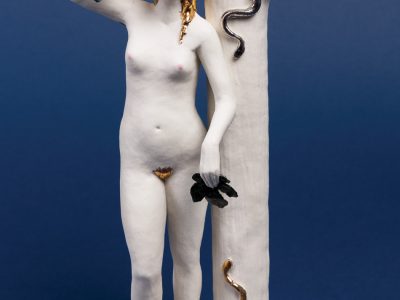