We pleased to present Artefacts, a group exhibition looking at different ways that contemporary artists use antique objects and historical sources in their work.

Claire Partington’s earthenware figures use historical sources in several ways. On a technical level, they are made much in the same way as old Delftware and carry numerous other nods to the history of British ceramics. In her imagery too, Claire takes her subjects from 17th century aristocratic portraits or saintly images from the Northern Renaissance which she then reinvents as, for example, the Venuses of Lewisham and Kilburn. This process of forcing together seemingly incongruous references is also a historical reference, as it updates the practice of appropriation common amongst the Georgians and Victorians when adapting exotic goods to British tastes. In Claire’s work, she broadens the scope and humour of the references, and in the process creates artworks that lend even the most contemporary of imagery a sense of historical continuity.

Henrijs Preiss uses a mass of artefacts as the basis for his paintings. He scours artistic output from across the world and over the centuries to identify the motifs, colour schemes and compositions that appear consistently regardless of the context. These he abstracts down to a set of essentials, creating a library of visual archetypes. He then uses formal structures from old icon paintings and from architecture as a framework for recombining these elements. The surfaces of his paintings are weathered to to give them the feel of timeless old objects, but in a way that is also reminiscent of the everyday decay of the urban environment. Through this Henrijs creates objects that are both contemporary and ancient in their feel, and that tap into the hidden mechanics underpinning all forms of visual creativity.

Tom Cardwell’s paintings look at the how the perception of objects shifts over time, despite their form remaining the same. He takes the images of things that may once have had a use, but that through the passage of time have become re-evaluated under different criteria. Suits of armour, for example, which were initally used to protect and display masculine power but then became the quintessential decorative object for a grand house; or the model of a 17th century Dutch warship, an intricate expression of power that turned into a static hobbyist’s symbol of nostalgic memory. Tom’s paintings are about how these useful items and their values become over time recast into motifs and archetypes; essentially, about how objects become artefacts.

Dilka Bear’s paintings spring from the current of pop surrealism, where there is a strong tradition of referencing historical objects and styles to create a sense of otherness, a feeling of escapism and sometimes an undercurrent of the macabre. In Dilka’s work this stylisitic hybridisation creates an imaginary space that is neither past nor present, but rather a surreal elsewhere, within which her works create an emotional resonance unlimited by the restraint of realism. In this way artefacts and their associations are used as a means of sparking the imagination, a kind of catalyst for the oblique narrative of her paintings to spring to life. 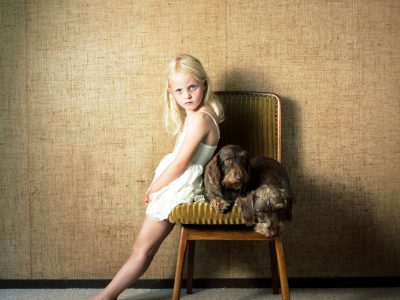 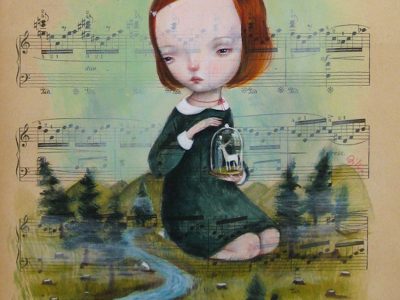 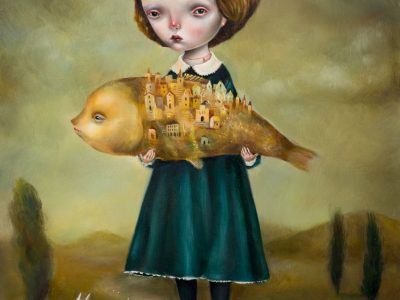 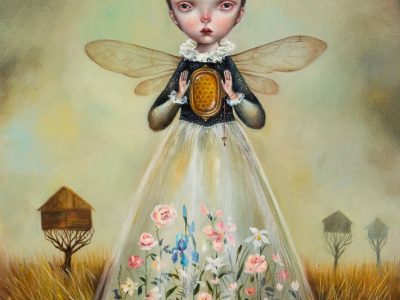 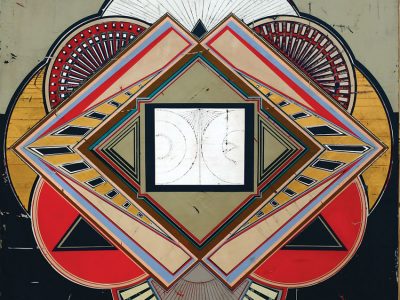 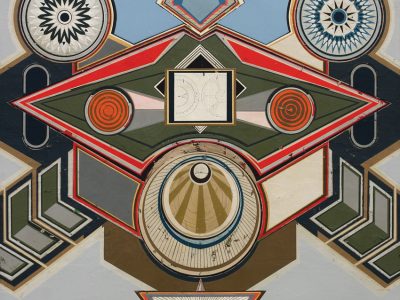 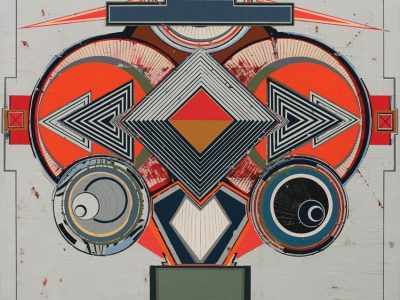 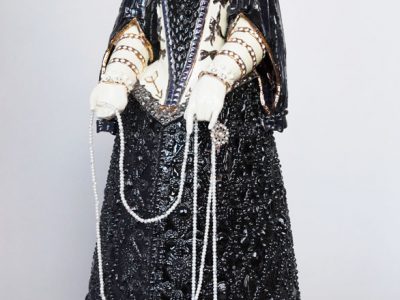 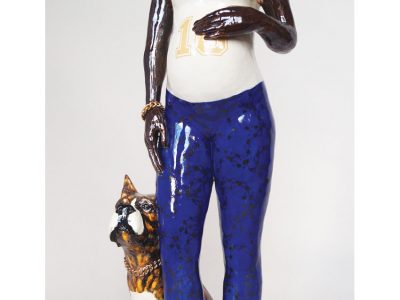 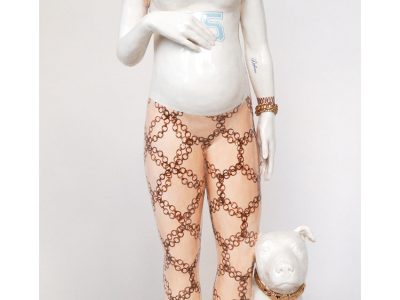