We are pleased to present ‘Britainton’, an exhibition of new sculptures by the London-based artist Claire Partington, interweaving art history, feminism and fairytale to create a surreal and riotous vision of Britain in 2021.

Working principally in ceramics, Claire Partington’s large figures use imagery from the past to reinterpret the present. The works in ‘Britainton’ tap sources ranging from Gainsborough and Toby jugs to Marc Quinn and Puss in Boots to speak about a Britain divided on many lines, including gender, class, and questions of immigration. ‘Britainton’ reworks old motifs of Britishness to review our contemporary moment, mixing high and low culture with aesthetic relish and an acerbic sense of humour.

A number of sculptures reference Gainsborough paintings, representing the traditional British establishment and landowning classes. A pair of figures look to Gainsborough’s renowned ‘Mr & Mrs Andrews’ from c. 1750. Claire presents them as a couple detached from their bucolic landscape, with interchangeable heads that convert them into 18th century saltglaze wolves. Mr and Mrs Carter from Gainsborough’s 1747 painting also appear in the form of a Toby jug and cheese dish with cover. Separating these characters from their lands, Claire creates a kind of enforced social mobility that brings the elite down to earth as functional folk art. The respectability of the establishment is also undermined in a pair of Georgian gentlemen dressed in resplendent costumes whose interchangeable heads convert them into a pair of fighting cocks.

Set against this traditional establishment are figures of strong and defiant contemporary women. Two are large sculptures that reference Jacques Le Moyne’s ‘A Young Daughter of the Picts’ – a fanciful imagining from c. 1580 of how the native British women might have looked. In one, a ‘Pictish’ woman covered in floral tattoos stops on the return from a shopping trip. In her hand is Marc Quinn’s 1991 defrosting blood head ‘Self’, a revindication of female power in response to Quinn’s appropriation of the empty Colston plinth after the Bristol Black Lives Matter protests. Accompanying her is a similarly decorated figure taking a selfie by a wheelie bin, seeing herself as Botticelli’s Venus as her long gold hair flows down her back. Between them, two pairs of women dance as if at a carnival in colour-splattered abandon, revelling in diversity and freedom in direct defiance of the old order.

Several figures reference fairytales to look at the narratives that underpin old ideas of British nationalism. A lion symbolising the British Empire lies sleeping as if bewitched as a carpet of mushrooms grows over him, suggesting the potency of old narratives about Great Britain. A separate figure presents Puss in Boots as the cat of Dick Whittington – that legendary social climber – with a green parakeet in his mouth, and another at his feet. The parakeet is often viewed as an invasive species, but Claire uses it as shorthand for contemporary immigration, and to articulate how British culture is in fact the result of waves of immigration over the centuries. Underlining this, a medieval ship draped in maypole ribbons carries pregnant women from diverse backgrounds onto British shores. Immigration, it says, is more fundamental to British culture than anything Gainsborough ever painted, and strong women were always at its core. 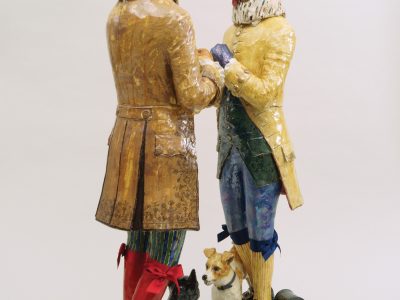 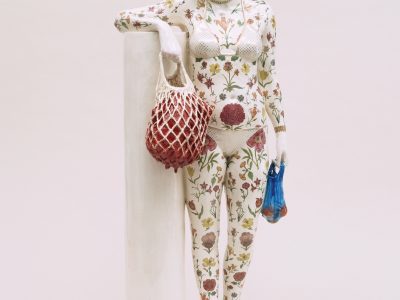 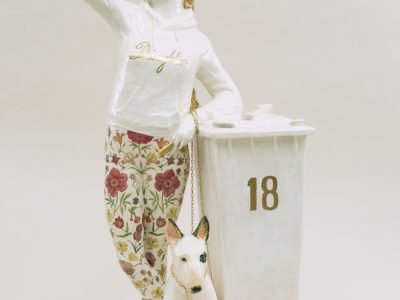 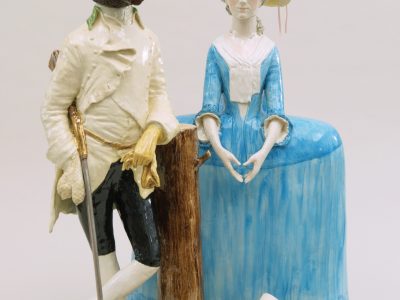 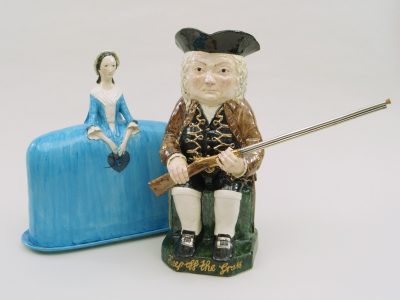 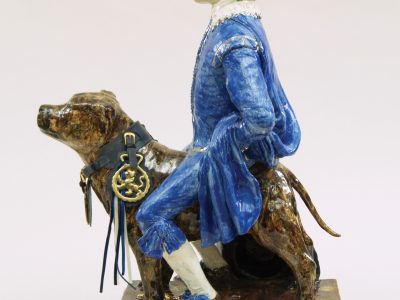 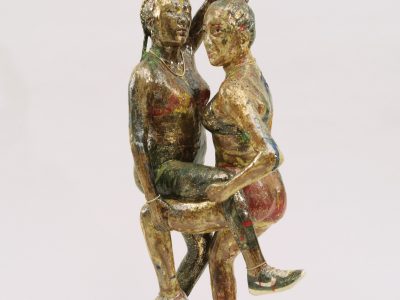 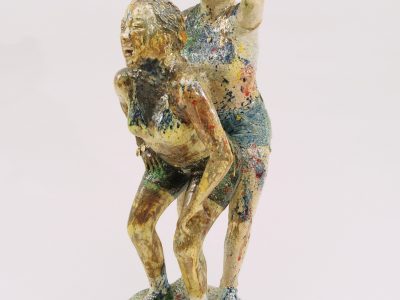 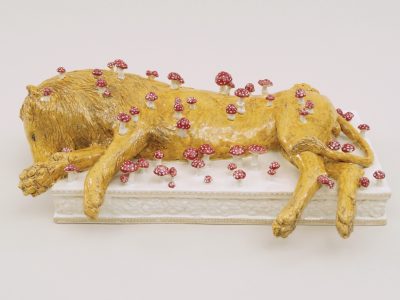 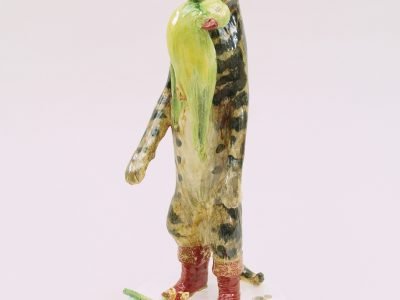 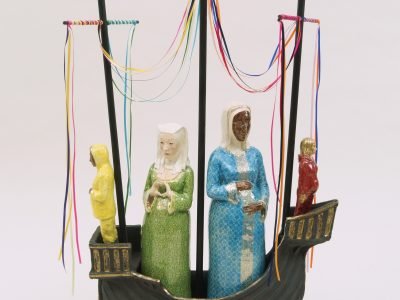 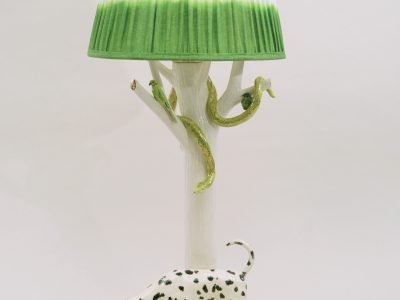 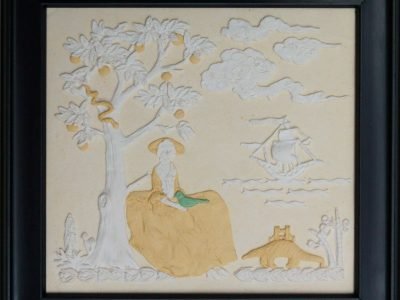 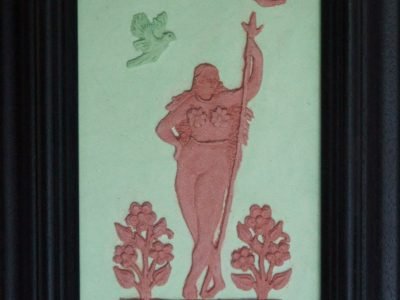 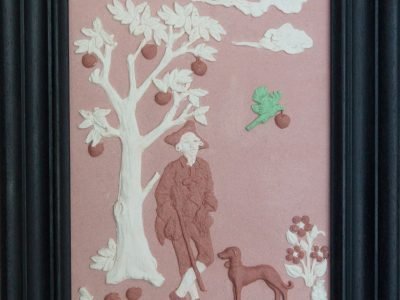 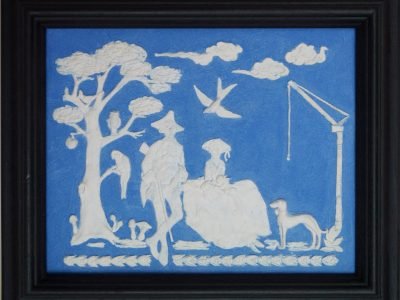 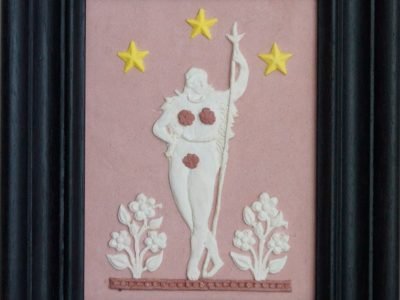 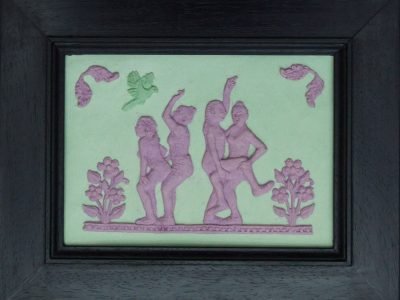 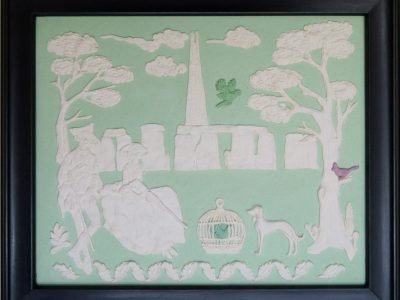 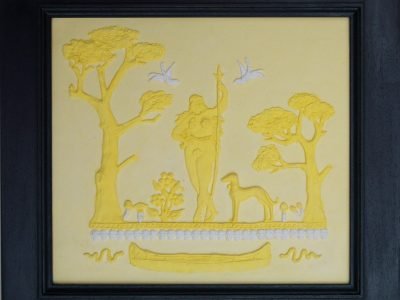 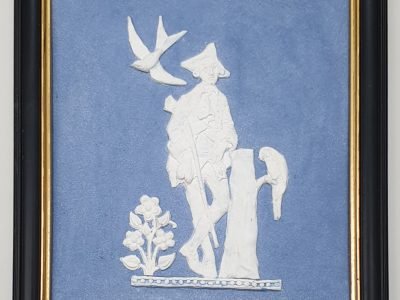 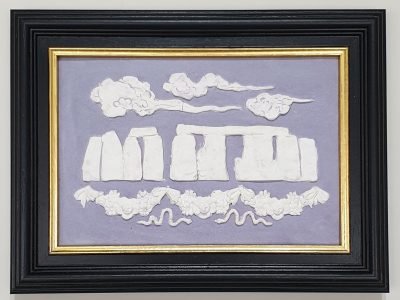 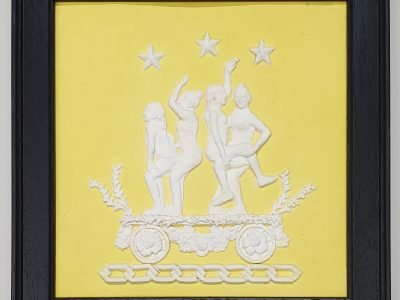 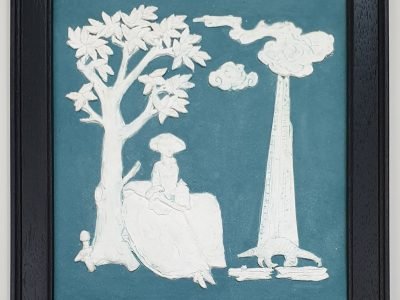 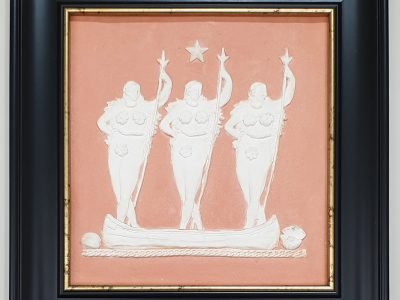 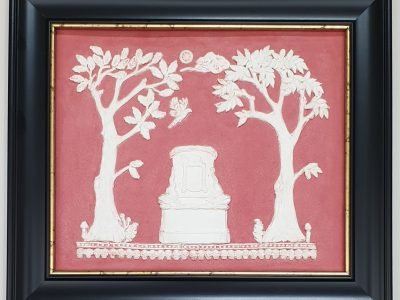