We are pleased to present ‘Eden’, an exhibition that looks at the myth of Paradise through the work of five contemporary artists: Claire Curneen, Carolein Smit, Olivia Kemp, Sikelela Owen, and Janpeter Muilwijk.

Janpeter Muilwijk’s paintings exude a magical optimism that epitomises the Edenic paradise. Eve arrives joyful in the garden of Eden before a tree full of cherries; Adam swims in primeval waters amidst sea creatures and verdant plants. Naked and unabashed, his figures are described as if the midst of creation, and look out at us in uncomplicated joy, pictures of innocence in their native habitat. Fauna and flora bloom around them like a divine template of beauty illuminating the experience. In Janpeter’s work, Paradise is both our origin and our end, something we each carry within us. Their optimism serves to dispel the harshness of reality and guide us back to our destination.

Sikelela Owen’s paintings flow between figuration and abstraction, depicting quiet scenes in a way that strips away all extraneous detail to focus only on what is important: emotional connections, intimacy, and family. Lush green gardens are often the setting for Sikelela’s works, transposing imagery of contemporary domestic life into the ideal of an uncomplicated Eden. She arranges colour blocks almost as if by pattern that are then tied together with gestural markmaking, and her light layering of glazes lends her colours a radiant luminosity. The result is paintings that capture both the ephemeral moment and timeless emotions, set in environments that perpetuate the power of the image of Eden as an ideal space.

Claire Curneen is an Irish artist whose ceramic figures seem to inhabit parallel realms: one, the earthly world of clay, the other a spiritual space where they feel their way through the unknown. One work, Anam Cara, depicts a figure blossoming with flowers and branches, an exuberance of beauty that almost blinds the figure beneath. It is a being communing completely with nature, becoming part of the paradisical ideal. An accompanying torso in stark white porcelain speaks of the fragility of the human condition: uncertain and vulnerable, its gentle fingers seek contact with their surroundings, while golden holes like ancient sacrificial wounds puncture its surface. Alongside them, a Mary Magdalen beside a treestump hints at the vilification of women within myths of paradise.

Olivia Kemp’s ink drawings are both intricate and expansive, fruit of an intuitive stream-of-consciousness approach to drawing. The large work in ‘Eden’ describes a Classical garden alive with writhing snakes. Roman columns, Renaissance sculptures, ceramic vessels and verdant plants all attest to the power of the Garden as an archetype for an idealised lost past. Within this, the serpent represents both temptation and corruption, an earthly counterbalance to unblemished innocence. Their looping forms knit together a complex composition, leading the eye through a garden so dense it becomes a labyrinth, impossible to absorb in its entirety. A group of rotting apples in an accompanying drawing further the theme of temptation and corruption of the flesh.

Carolein Smit’s works also feature snakes in a writhing Medusa’s head, suggesting how the serpent is an enduring motif in relation to representations of the feminine throughout mythology. Carolein’s ceramic sculptures all delve into the ancient archetypes from mythology and religion, reimagining them in vivid detail and striking physical forms. Here, a large golden angel is cast out of Paradise, his face crushed as he falls to earth and begins to dissolve like molten rock. Alongside, creatures of the forest, the inhabitants of Eden, speak of the symbolic power of animals that appear in many mythologies of the creation of the world – such as the owl of wisdom, and the industrious, wise hedgehog.

Please note that during this exhibition opening hours will be Thursday – Saturday, 11am – 6:30pm. 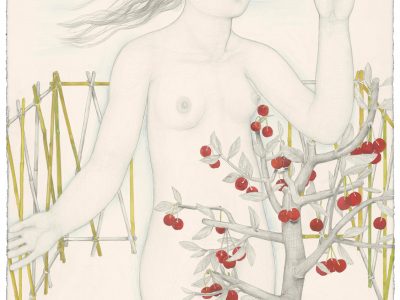 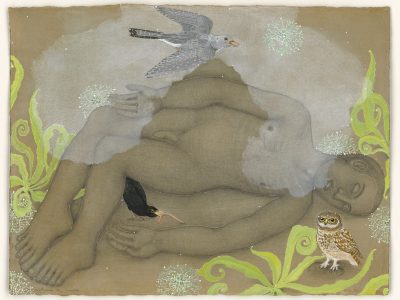 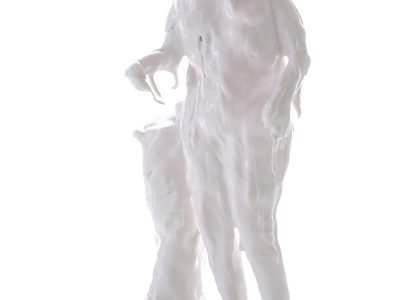 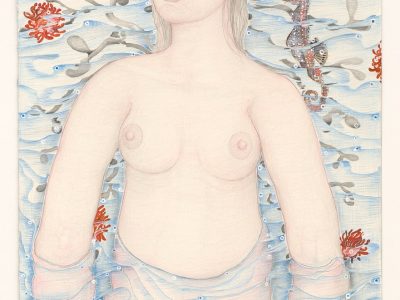 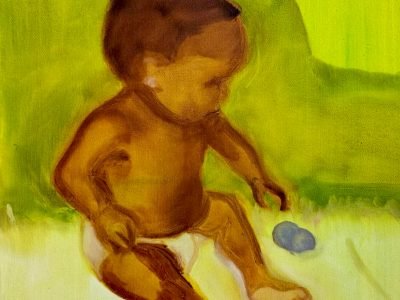 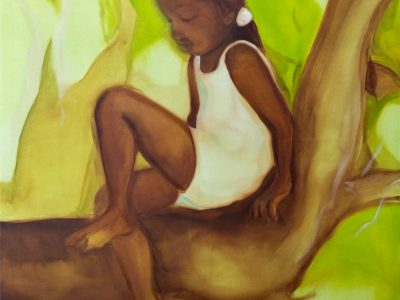 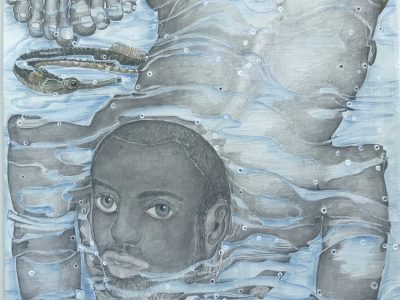 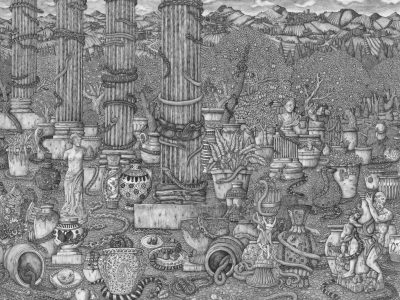 Olivia Kemp
Agony in the Garden 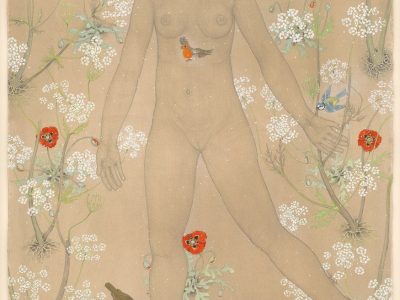 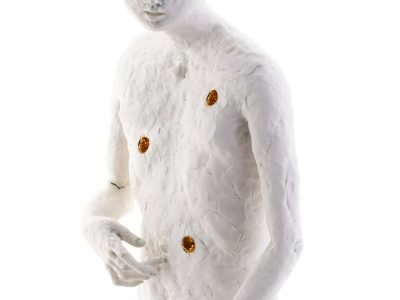 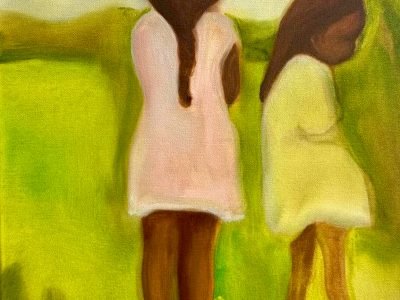 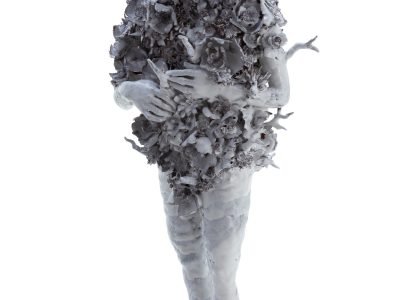 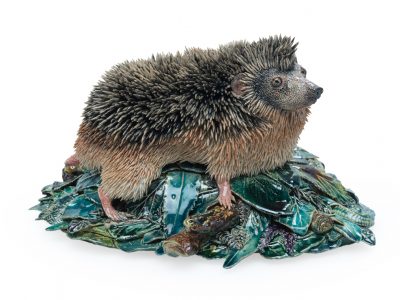 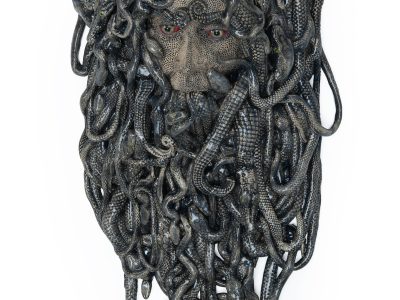 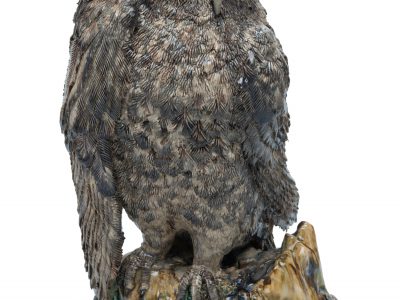 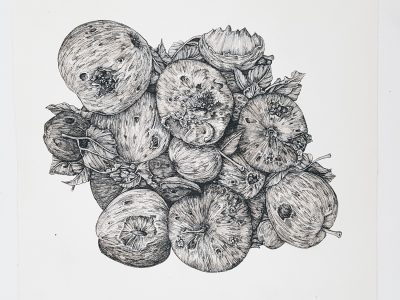