We are pleased to present ‘Fauna Rampant’, an online spotlight show of new work from the British artist Sam Branton. The exhibition presents a collection of new paintings describing a Romantic antique world that has been overrun with wild animals in surreal and mischievous adventures.

All works are small paintings of animals in neo-Classical landscapes. In part they are inspired by eighteenth century painters such as George Stubbs and Jean Baptiste Oudry, both renowned for their depictions of wildlife in pastoral settings. But Sam also expands on the theme of antiquity by presenting his paintings like fragments of a now-lost grander canvas. Similar to the ruins they depict, his paintings give mere hints to an expansive greater whole, acting as tiny glimpses into fantastical ferine worlds.

Landscape and animals have long served as a channel for imaginative projection in art. The neo-Classical landscape in particular, as epitomised in Capability Brown’s creations, sought to present a poetic idealisation of antiquity as if it were real. Both Stubbs and Oudry exploited this; imagery of dead game and prize stallions steadily progressed into dramatic antique motifs, such as horses tussling with lions. Fantastic beasts in classicised settings soon followed: Oudry painted ‘Clara the Rhinoceros’ in 1749, and in 1772 Stubbs painted ‘The Kongouro from New Holland’, the first image of an Australian animal in Europe. The landscape and the natural world were a place where the magnificent and fantastical became true. They were not just exotic: they were bizarre.

Sam Branton takes this material and runs with it with wild abandon. His fragments gives us flashes of an exuberant and eccentric Garden of Eden. A toucan fraternising with an otter; a monkey feeding a pod of seals; a swan wrestling with a squid from a feast-laden table. There are moments when the veneer is pierced and a mischievous dog tears floral papering from the wall, and others where the animals themselves become attached to artistic caprice and a bear cossets a miniature portrait like a romantic keepsake. Their intimate scale and the uncomplicated sincerity of animal behaviour lend the paintings a charming quality, while the gentle pastel palette of the settings create a warm pastoral glow. Together, they act like documents of long-lost fantastical world, as well as an exploration of how imagery of nature can serve as an imaginative stage across history. 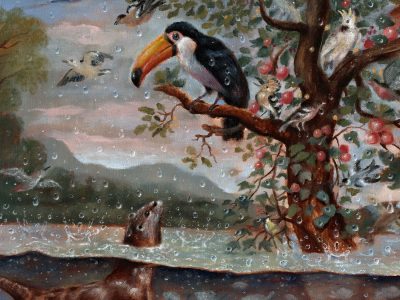 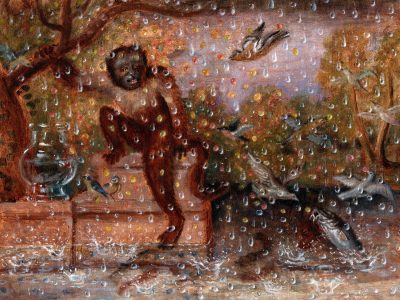 Sam Branton
Monkey in a Storm 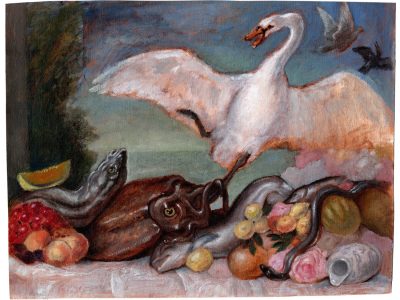 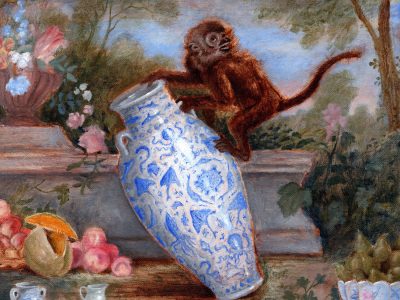 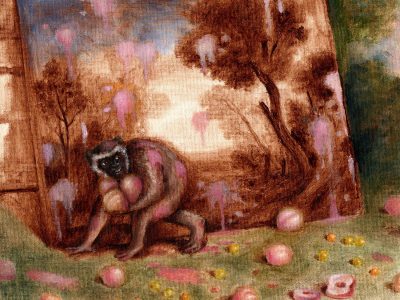 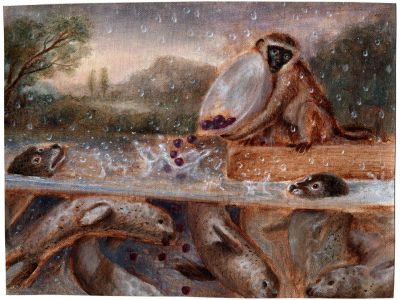 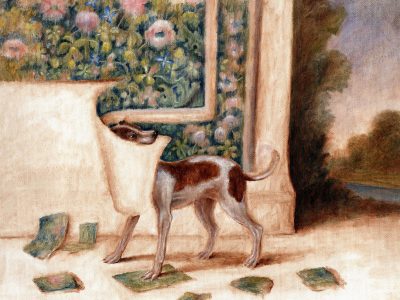 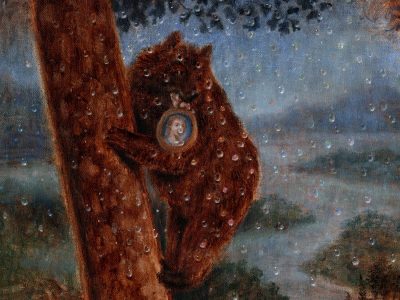 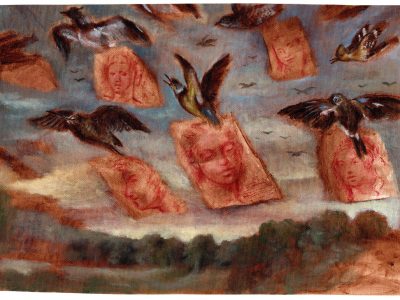 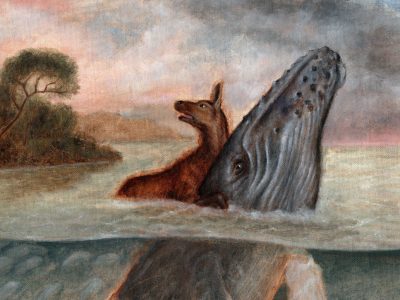 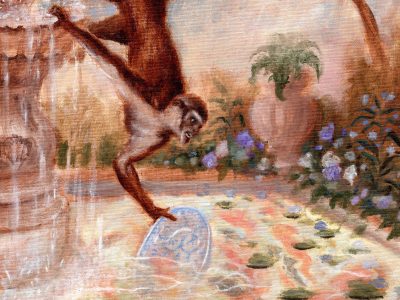 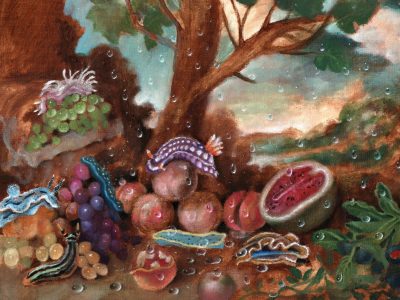 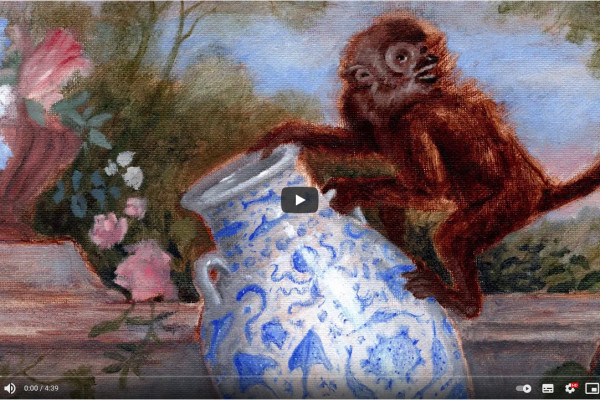