We are pleased to present ‘God Shaped Holes’, an exhibition of new paintings by the Scottish artist Andrew McIntosh. Andrew’s new paintings delve into the human fascination for exploration and the unknown, combining high and low culture, entertainment with existentialism, to excavate antiquity as if by a caravan road trip.

In ‘God Shaped Holes’, Andrew traces a link between the fascination for exploration and the need to address the grander mysteries of life through reference to mythical structures from antiquity. One of the central paintings of the show is a monumental interpretation of the Tower of Babel, reminiscent of Renaissance painters such as Tobias Verhaecht or Pieter Brueghel the Elder but depicting the tower as an enormous termite mound, suggesting that no matter the smallness of a life and its labours, the urge to reach for the Heavens is a basic instinct, fruit of divine design. In accompanying works, a mobile home opens up to reveal an ancient feline temple inside, with a statue of the Egyptian cat goddess Bastet seated in the centre. A separate caravan affords glimpses into the catacombs of the Colisseum, while smaller caravans become the unexpected hosts for Easter Island Moai or the monolith of Tialoc from Mexico. All were once constructed as a means of making sense of the spiritual wilderness, only to then become mysteries themselves over time.

The landscapes Andrew uses also articulate the excitement of exploration, by being the place where discoveries can be made and answers found. His caravans find themselves deposited in misty Northern scenes reminiscent of Friedrich or Hammershoi, and in lush Renaissance vistas taken from Boticelli. The second pivotal work in the show is a giant Highland panorama, peppered with glowing orbs of light like supernatural fireflies as if alive with supernatural energy. It echoes Albert Bierstadt’s paintings, especially ‘A Storm in the Rocky Mountains, Mt. Rosalie’ (1866), painted to spark interest in the promise of California. But in Andrew’s work the location is non-specific, and is rather a purification of the excitement that such prospects present. Entitled ‘Are we nearly there yet?’ it captures both the grand ambition of forging paths into the unknown, whilst also recognising that there is something intuitive, almost childlike but nonetheless profound, in the need to explore and discover.

In this context caravans become the perfect vehicle for immersion into mystery. The motif of the caravan has long featured in Andrew’s work; they were a recurring presence in the Highlands of Scotland where he grew up, which explains their toy-like character in his paintings. But caravans appearing in the most unexpected and hostile environments demonstrate how they are vessels that enable pioneering and survival. They act as the perfect symbol of human hardiness and the intrepid desire to explore, an instinct that exists no matter how small or humble the being. 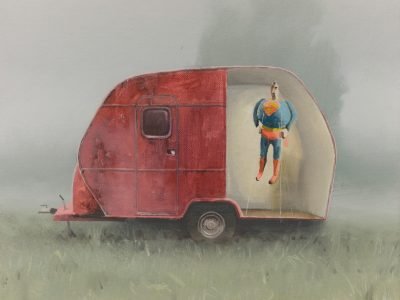 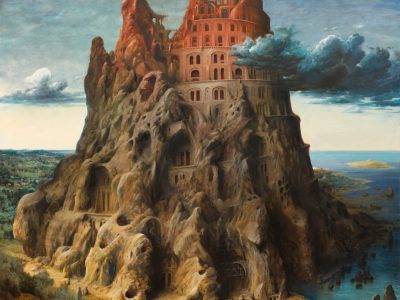 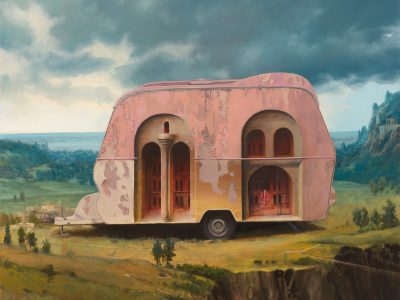 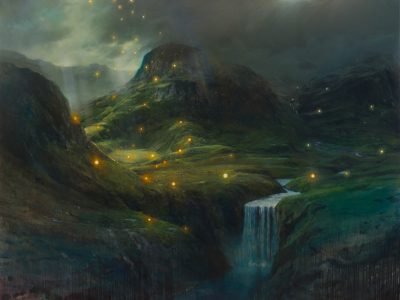 Andrew McIntosh
Are We Nearly There Yet? 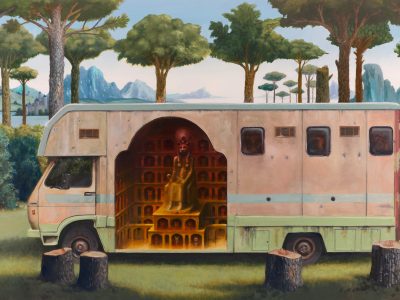 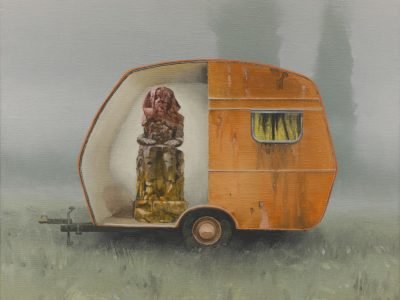 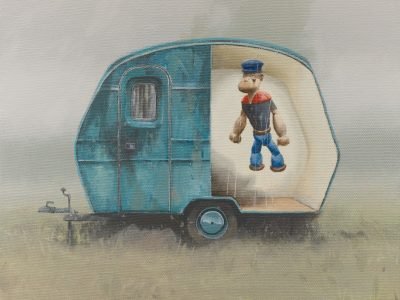 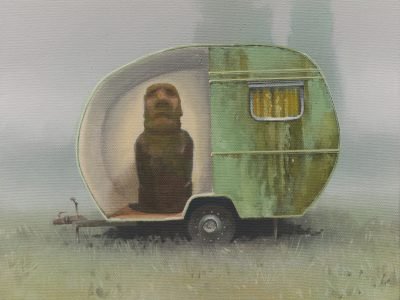 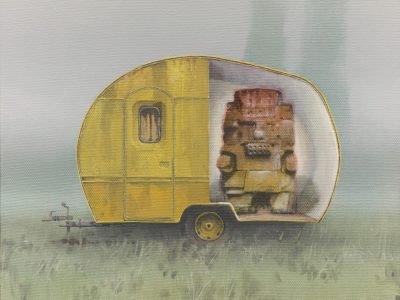 Andrew McIntosh
The Monolith of Tlaloc 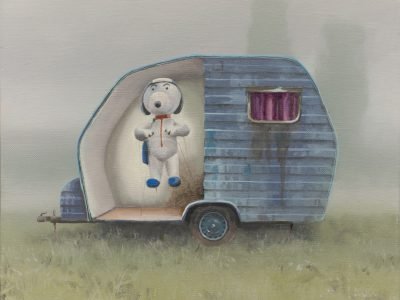 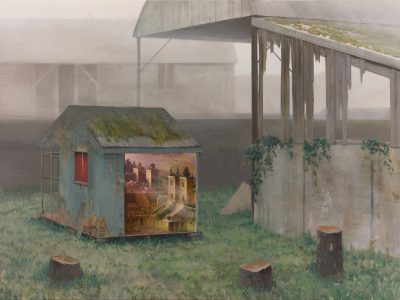 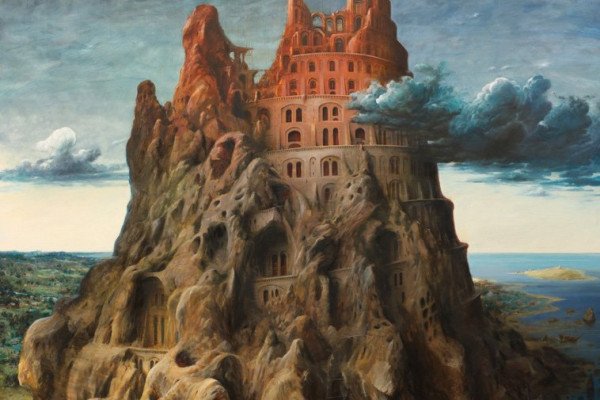