We are pleased to present a solo exhibition by the young English painter Christopher Gee.

Gee’s compact paintings are reminiscent of a collection of old photographs whose original context, their meanings and relationships, have long been lost to the past. Executed in a manner that is both painterly and graphic, his work has a naive simplicity that is both endearing in its directness, and also somehow mysterious and unsettling. Celestial phenomena such as eclipses or comets appear time and and again in his images, like a mystic portent of some long-forgotten event. Figure portraits are unguarded and sincere; images of towers, churches and other old structures, places that might once have represented security, appear deserted amidst forested landscapes where day is about to pass into night. Every element is depicted in saturated tones echoing the light on the cusp of a storm, or beneath the shadow of a solar eclipse. Viewed together, Gee’s paintings create a sense of elusive narrative that is cryptic and half-hidden, like a window onto a lost era at the moment on the point of irreverisible change. Its details, its stories and its meanings, we can only guess at through his eerie yet innocent images.

The title Into the Night refers to Romantic sources such as Novalis’ Hymn to the Night, where the German poet explores the night as the threshold between the worlds of life and death. Gee explores the same sense of mystery and magic, and weaves it like a silver thread through the scenes in his own work. 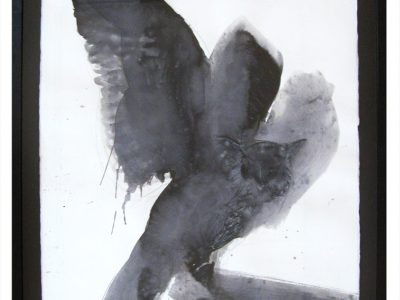 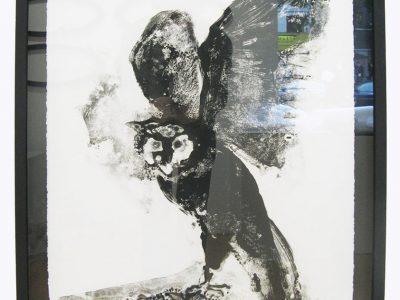