Just Putting It Out There

We are pleased to present ‘Just Putting It Out There’, an exhibition inquiring into what we project into images of landscape through the work of two contemporary British painters: Andrew McIntosh and Morwenna Morrison.

Andrew McIntosh’s recent paintings have the air of a Highland gothic mystery, but shot through with a cosmic undercurrent. Trees and islands in desolate landscapes become mysteriously electrified by an unexplained natural phenomenon that alights on the quiet places of the wilderness. There are subtle mythological references – the burning bush, the chosen isle – that come to life in neon colours as if they had been plugged into the mains. These references then extend into Andrew’s signature caravans and abandoned buildings, which appear here inhabited by celestial bodies and by the human constructions that have endeavoured to understand them. The result is cryptic, as Andrew’s work always is: an expanded world that appears in the midst of abandonment.

Morwenna Morrison’s paintings reference the Baroque landscapes of Claude Lorrain and layer them with images from other eras as a painted collage. Trees and shorelines float from one age to another like a thread of continuity that binds the image of the landscape to its history. The play on the nostalgic impulse is strong in Morwenna’s work: her juxtapositions seek to provoke it on different levels, be it in the form of an idealised scene, a picture-postcard, or a personal photographic memory. In each instance is the conjuring of a ‘beautiful idea’ that is as much embellished as it is remembered. 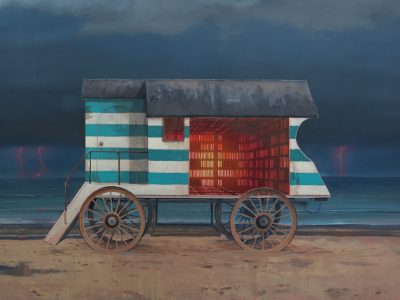 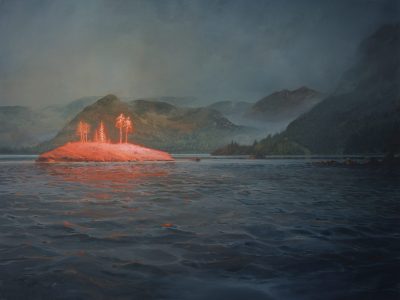 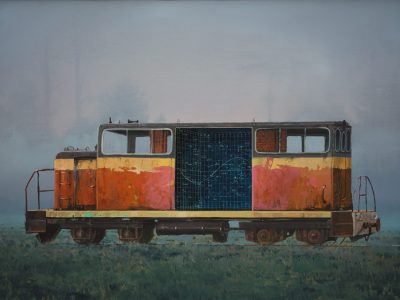 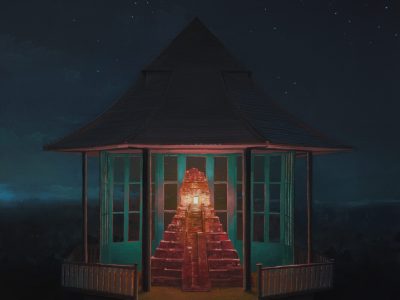 Andrew McIntosh
Everybody Here Is Out Of Sight 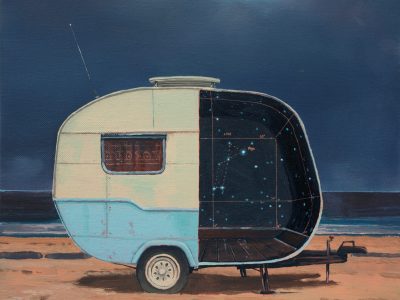 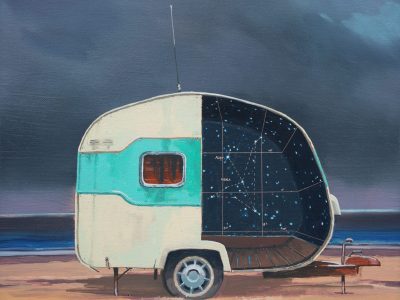 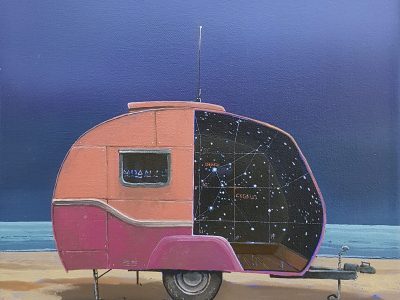 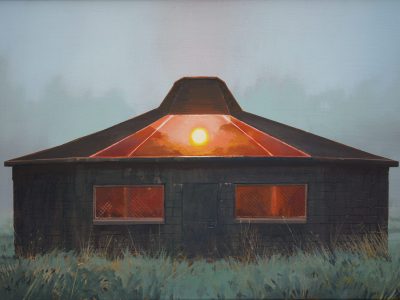 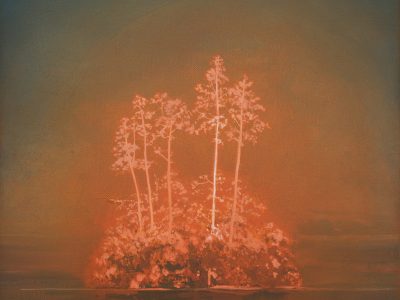 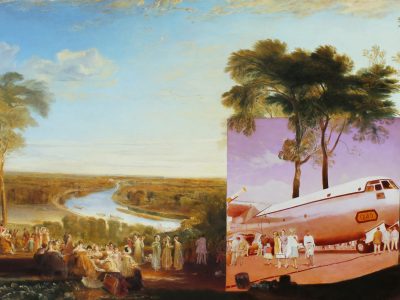 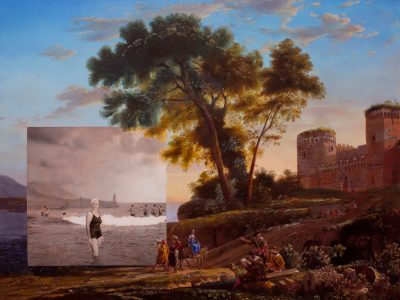 Morwenna Morrison
To The Lighthouse 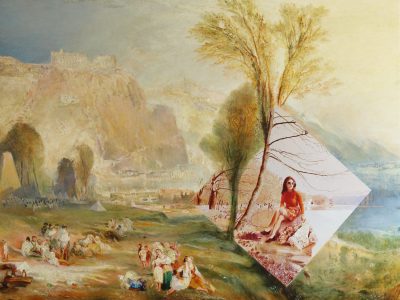 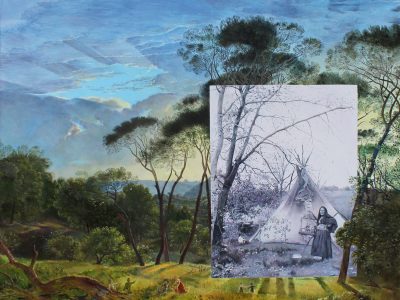 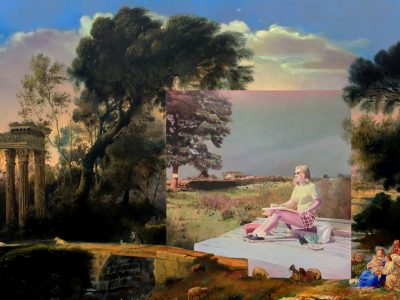