We are pleased to present an exhibition of works by Kukuli Velarde and Liane Lang, two renowned female artists who explore questions of feminine identity through epic forays across the history of art. Between them they broach the canons of both European and pre-Columbian American art, using playfulness with serious intent.

Kukuli Velarde is a Peruvian artist whose sculptures expand on the rich history of pre-Columbian ceramics, spanning thousands of years from Cupisnique culture of 1500 BC to 15th century Inca. Classical shapes are oversized and adapted into female form to create self-portraits of the artist in different historical eras and stylistic guises. Kukuli’s practice examines how cultural memory forms an integral part of identity, and how artefacts lend shape not only to lost civilisations, but also to erased histories. Peru’s colonial past is important: it is a culture which for centuries was obliged to imitate the Catholic art introduced by the Other. Within this context Kukuli uses indigenous art history not just as a nod to the past, but as a vessel to channel a pugnacious and independent spirit. Questions of race, of colonial history, of gender and power hierarchies – these all find voice through a suite of subversive sculptures that underline the importance of our relationships with our cultural objects.

Liane Lang uses mannequins to make subtle intrusions on cultural monuments and in the process plays with the tendency to attribute life to representations of the female. A series of works in this exhibition focuses on the Pygmalion tradition, where female figures are idealised to the point where they are brought to life. Galatea, the Greek nymph and origin of the tradition, appears on a bed waking into mortality, only to reappear later as a lonesome daydreamer staring out to sea or in the Villa Borghese gardens hiding in a bush with a pair of hands peeping out as if emerging from a tryst. Liane’s prints on marble see these same hands reaching to touch a statue of Saint Cecilia, or interfering with a sculpture of Joan of Arc. Liane’s work is underpinned by a mischievous desire to touch what is held apart as authoritative, a need to breach the distance between the person and the institution and turn the latter into something sensual. Within this is also an ethereal undercurrent – as if her dolls come to life only to exist as spirits in the halls of history, fated to play but never truly connect. 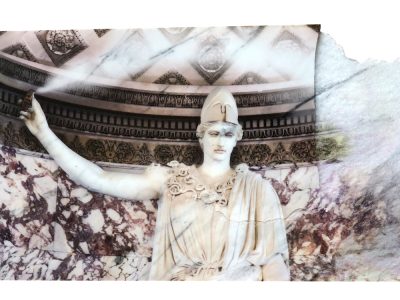 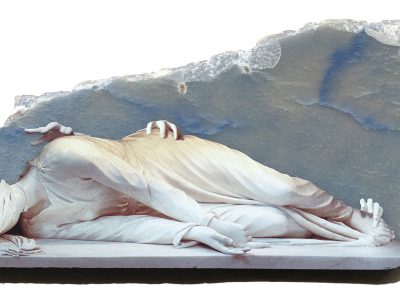 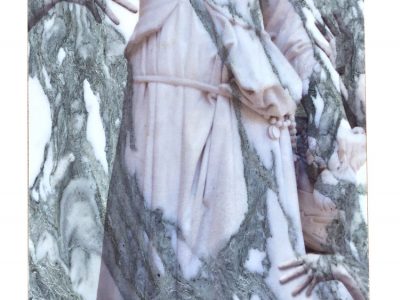 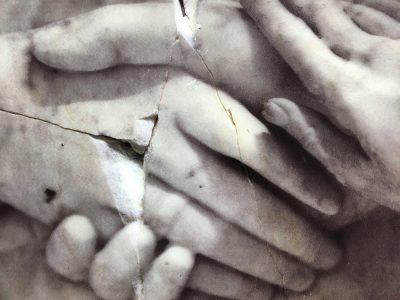 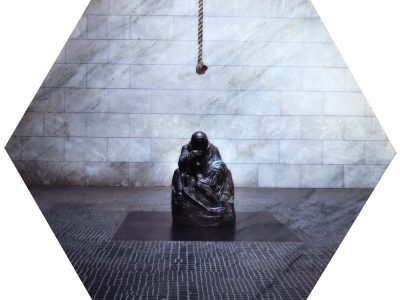 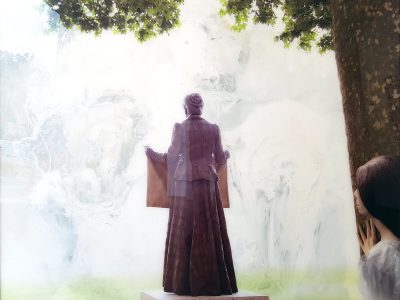 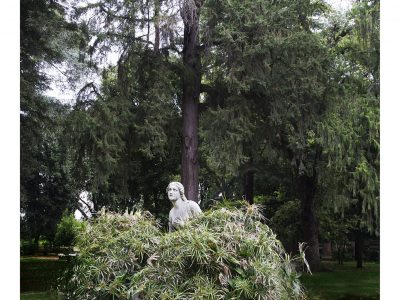 Liane Lang
In the Bush 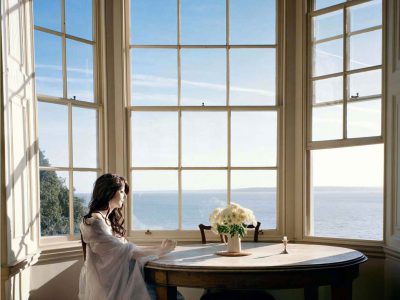 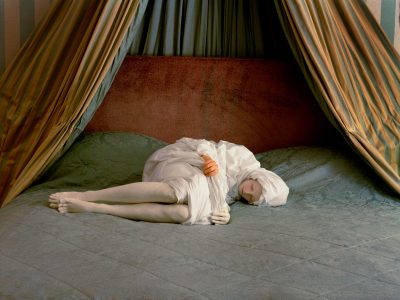 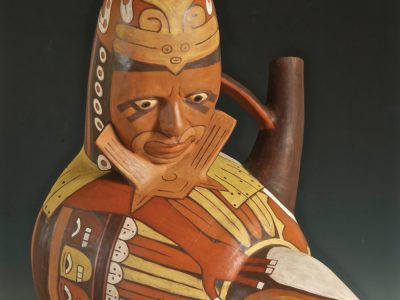 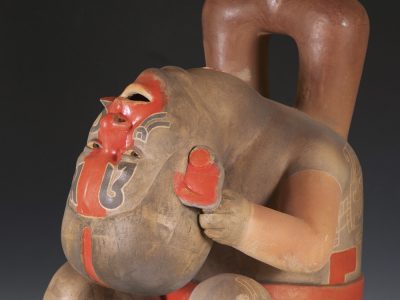 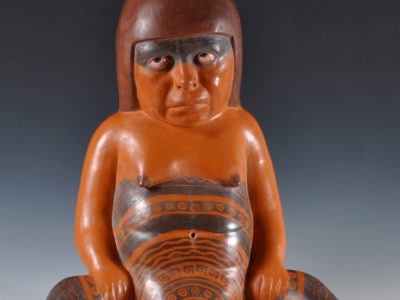 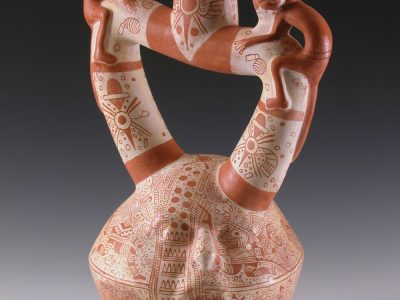 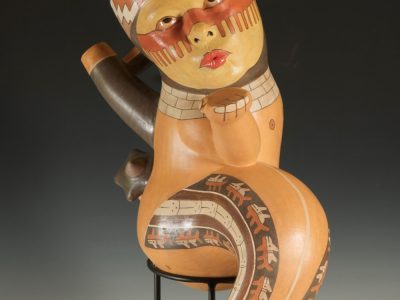