We are pleased to present ‘Labyrinthine’, an exhibition exploring how Classical imagery can serve as a means of articulating contemporary themes, through the work of Olivia Kemp and Beth Carter.

Olivia Kemp’s ink drawings describe figures idling in lush Classical environments, Arcadian utopias that disguise more serious questions lying beneath. One large drawing, ‘Someone’s Daughter’, depicts a group of figures gathered in a Garden of Eden to address the subject of femininity. For this work Olivia brought together a diverse collection of subjects who identify as women to create an inclusive image that resists the traditional or stereotypical ideas of feminine beauty. The subtle mismatching of scale, proportion and perspective of the figures suggest how this is a work as much about concepts as reality – an articulation of ideals above just portraiture. Similarly in ‘Wish we were dreaming’, the accompanying large drawing of a group of figures before a mountain range threaded with a labyrinth of buildings. What seems at first a bucolic picnic before an expansive vista becomes more disjointed on closer inspection. Each figure sits within its own sense of perspective; they appear together, but each inhabits an unrelated conceptual space. It is a means of articulating the separation and isolation of the long lockdowns of the pandemic through a communal gathering that nonetheless retains a sense of the apart. Olivia’s accompanying portraits further this theme of emotional attachment and physical separation. There is a self portrait with a toy train, one of Olivia’s husband, one of her sister, and of her father Doug Kemp who she lost suddenly in 2021. All are articulated in profusely detailed contexts bursting with beauty, like an overflow of optimism to counterbalance the challenges beneath.

Beth Carter’s sculptures depict ancient wanderers seemingly lost in the labyrinth of Classical mythology, only to be rescued, brought out into the light, and realised in bronze. On the one hand they have a dramatic, almost theatrical quality. A group of figures bunches together as if on stage, treading fearful into the tragedy to come. A deflated king sits Lear-like in his throne beneath a crown that seems to belittle his regal pretensions. One solitary wanderer lights his way through the penumbra with a candle, his warrior headdress serving as no protection against the uncertain threats that come with age and the passage of time. These are characters lost in the old patriarchal tales of power, might, and conflict, themselves ageing and becoming ever more fragile as the world moves forward around them. In this sense Beth’s works play out a psychological drama of masculinity and its stereotypes. Bronze as a material echoes the serious solidity and weight of both Classical myth and the masculine values they encompass, but Beth’s particular approach discovers a sensitivity beneath the hard facade. A punch-drunk king wears a ragged crown, wearied by the travails of existence. A minotaur, the archetypical embodiment of raw power in the body of a man, sits dejected on his haunches as if questioning the infinitude of his lot. These are characters condemned forever to search in the darkness in the hope of finding their way, Odysseus-like, to something resembling home. They describe a sensitivity, even a fragility, to traditional tropes of masculine strength and power.

‘Labyrinthine’ opens on Thursday 10 March, 6:30 – 8:30pm. To receive the PDF preview catalogue please register via the link above. 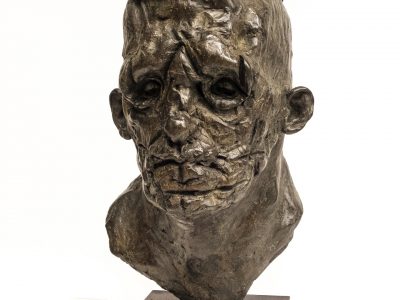 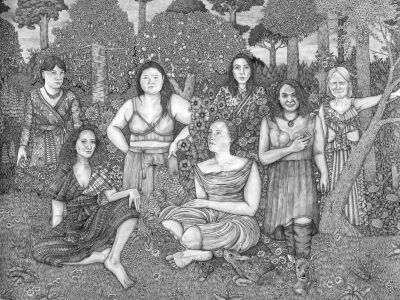 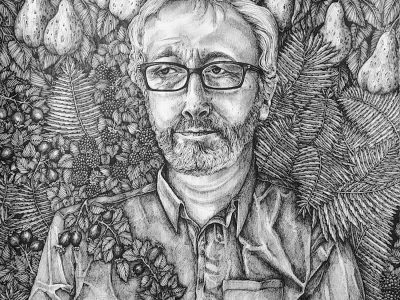 Olivia Kemp
Things we’re all too young to know 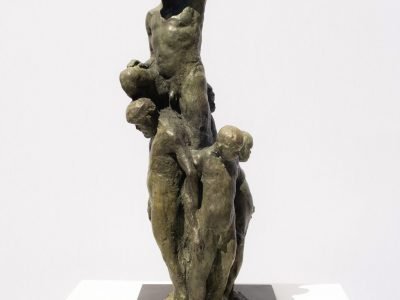 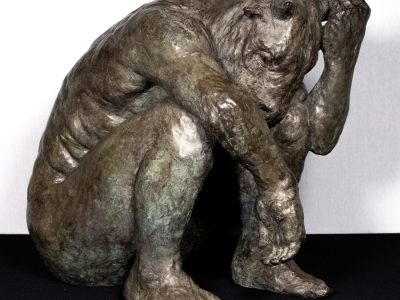 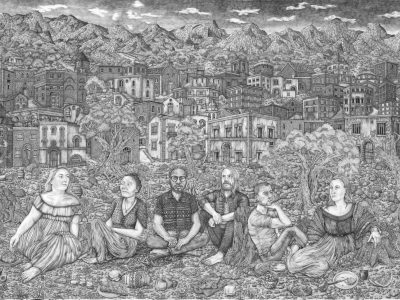 Olivia Kemp
Wish we were dreaming 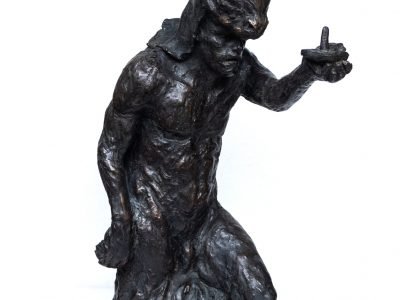 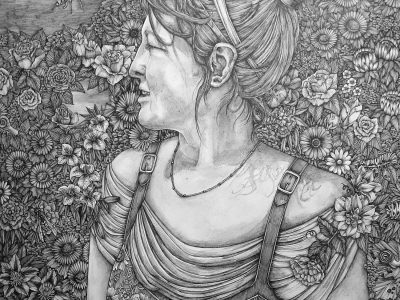 Olivia Kemp
Saw it in a past life 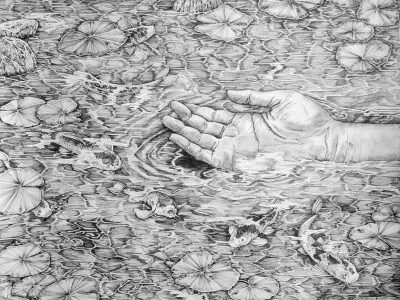 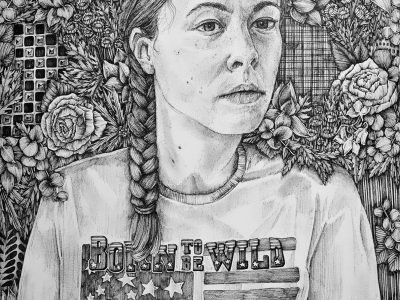 Olivia Kemp
Self portrait with a train 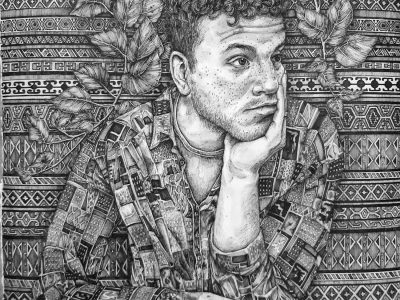 Olivia Kemp
I forget where we were 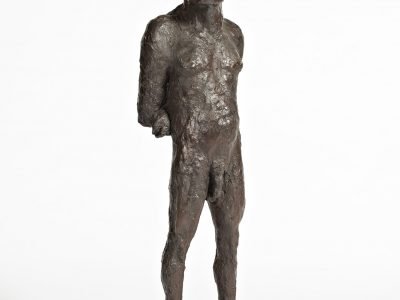 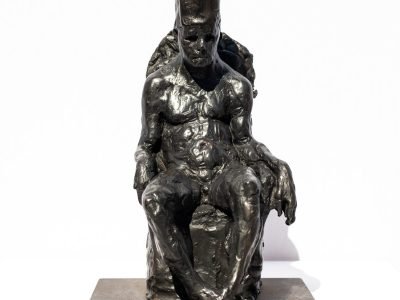 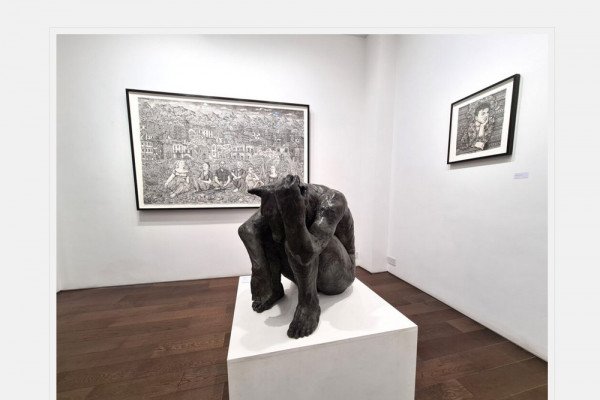