‘One Hundred Demons’ is an online-only exhibition of book-format paintings by the Italian artist El Gato Chimney.

El Gato Chimney is a contemporary artist based in Milan. His watercolour paintings present animals in surreal and cryptic scenes, draped in colourful patterned fabrics, tied up and bound, and surrounded in mystical symbolism. He has recently created a series of painted books inspired by the Japanese Hyakki Yagyō, the Night Parade of One Hundred Demons. This tradition presents a mythological Bosch-like world of a nocturnal procession of oni (demons or ogres) and yōkai (fairies or sprites) that develops into a riot. It describes a world where the supernatural ruptures the comfortable normality of daily Japanese life.

In El Gato’s works the supernatural creatures become a host of animals parading across the pages. Frogs, fish, foxes, penguins, birds… It is a cacophony of fauna unleashed in vivid colour. One sees a giant octopus tormented by a host of knife-wielding penguins and fan-flapping frogs. Another, a pair of enormous snow foxes chase a procession of badgers and monkeys, while drunken birds head-butt each other and foxes try to dampen their burning tails. Two giant frogs preside over a carnival of musical foxes, plate-balancing toads and fanning budgerigars, alongside frogs as sumo wrestlers and bunnies in kimonos. A giant frozen rabbit serves as the host of a chaotic snowball fight.

These scenes are played out over the pages of concertina books that extend out to reveal the progress of the processions. The format echoes Japanese illustrated books and the folio format of Eastern painting. They expand to reveal a carnival of animal characters, a riot of the imagination bringing new life to ancient folklore. Each work is a painting on a Moleskine book whose pages can be arranged either to show specific two- or three-page scenes, or fully extended to display the entire parade. Each book is also housed in its own hand-painted bespoke wooden case. 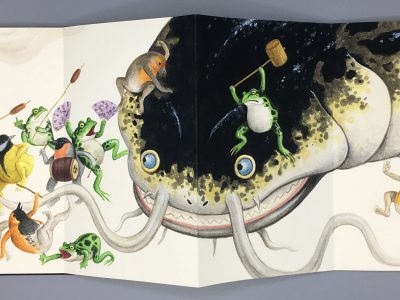 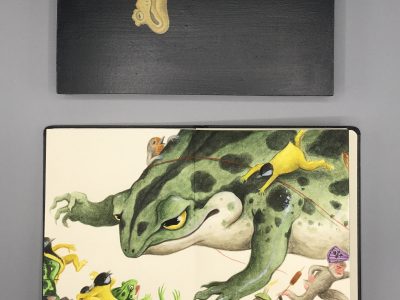 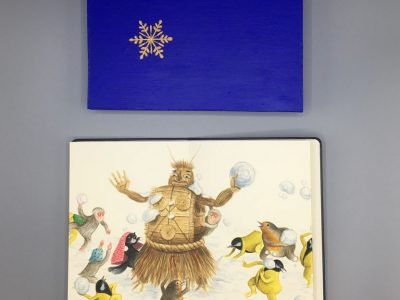 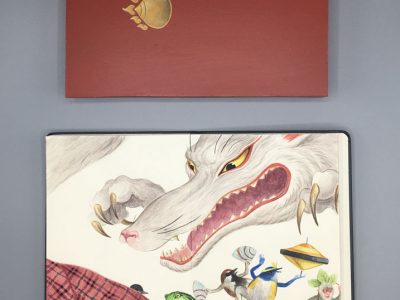 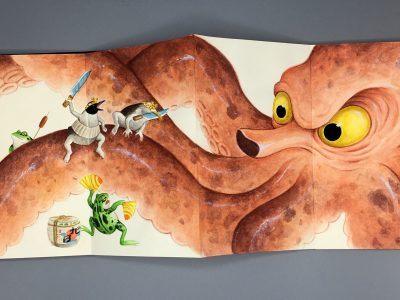