Softly Round Your Sleeping Head

We are pleased to present ‘Softly Round Your Sleeping Head’, a collection of new drawings by the Spanish artist Guillermo Martin Bermejo.

Guillermo’s pencil drawings reimagine literary and artistic sources as romantic episodes in his own personal narrative, drawn onto paper rescued from old books as if salvaging the imaginary journeys those pages have prompted. The works in this show come from summer daydreams during the afternoon heat in Guillermo’s village in the mountains near Madrid. Contemplations of butterflies and stick insects develop into imagined scenes where memories and fantasies intermingle. Animals abound, along with figures met or seen in passing, to become snippets of a looping reverie: part fact, part fiction, all describing a rich personal inner landscape.

This tapestry of thoughts soon wends its way to the memory of a visit to London in the summer of 2022, to warm afternoons and lazy meanderings across the capital. To Kensington Gardens and an encounter with a statue of Peter Pan, the boy who never grew up. Then to contemplations of more British literarature: to Wuthering Heights, where Heathcliff falls from a tree while playing with Cathy; to Alice in Wonderland, where children fall into dreamy sleeps in the summer heat. These groups of children then lead to ‘Friday Afternoons’, in reference to Benjamin Britten’s collection of songs, where Guillermo gathers child singers in a harmonic composition as if creating a nostalgic school portrait.

Circling back, Guillermo’s thoughts return to summer in London, to the Italian rooms at the National Gallery as an escape from the searing heat. This proves inspiration for some of his most ambitious drawings. One looks to Uccello’s Battle of San Roman, making a young rider the central focus as an echo of the first time Guillermo saw the painting as a child: shocked, uncertain, and full of doubt. He exists in a visual web that filters out all the hardware of war to focus on the quiet nature underlying Ucello’s painting. The fragility of youth is also the focus of a drawing inspired by Piero della Francesca’s Baptism of Christ. Again Guillermo makes a secondary figure the protagonist, a young man disrobing for baptism, soft flesh suggesting vulnerability to the challenges of the new life ahead. That chaos to come is then articulated in Guillermo’s monumental tribute to Fra Angelico’s Predella of the San Domenico Altarpiece. Over a metre wide, the drawing fragments the original’s rigid Gothic order to create a scene as intense and vibrant as a stained glass window. Around the figure of St Michael in its centre, crowds of spiritual beings turn into a choir that becomes a cacophony of remembered faces, echoes of artworks, and moments of song. The composition loops in swirling arcs, just as Guillermo’s references loop through his drawings: overlapping, layering, interweaving in both subject matter and technique, creating visual feasts full of emotional resonance. 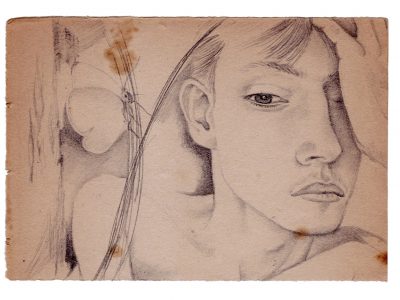 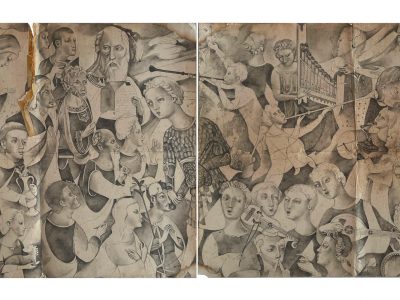 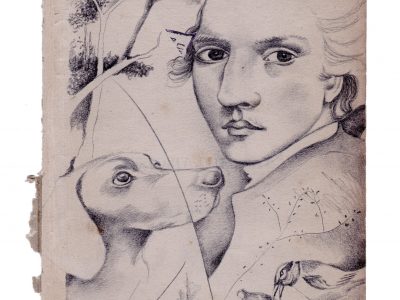 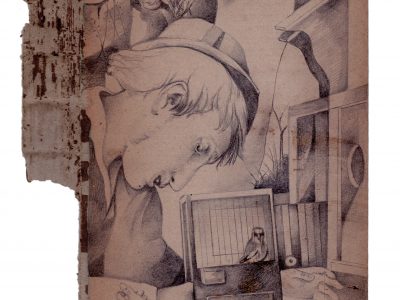 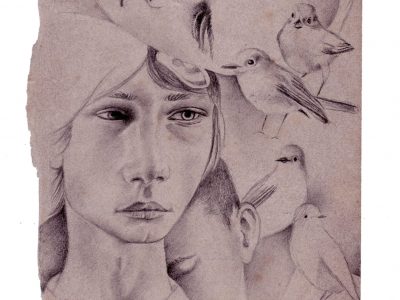 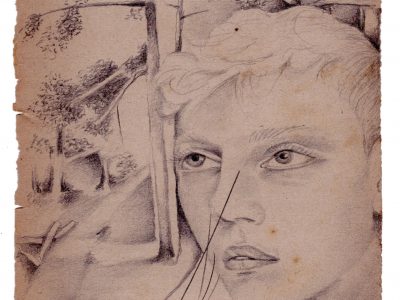 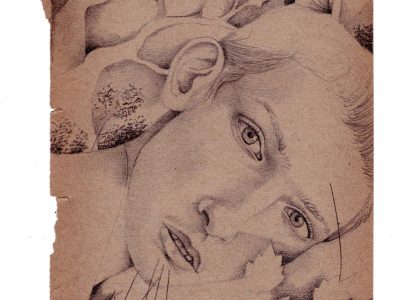 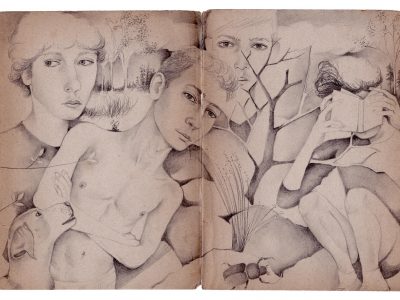 Guillermo Martin Bermejo
The May Games 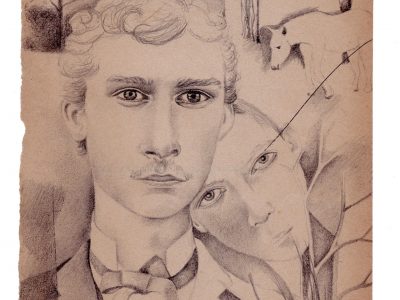 Guillermo Martin Bermejo
The Fading of the Face, the Emergence of the Cross 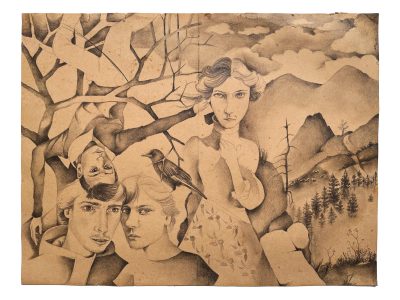 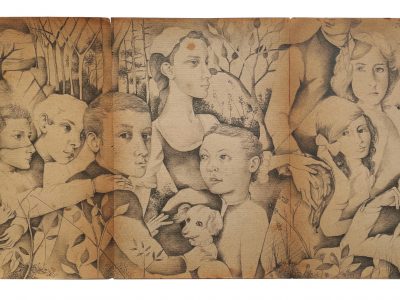 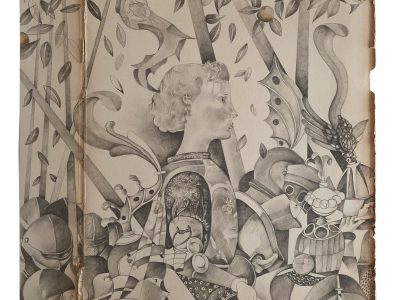 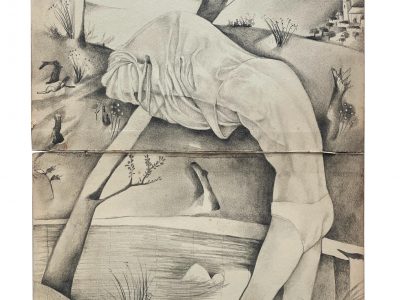 Guillermo Martin Bermejo
From Piero’s Baptism to the Boqueron River 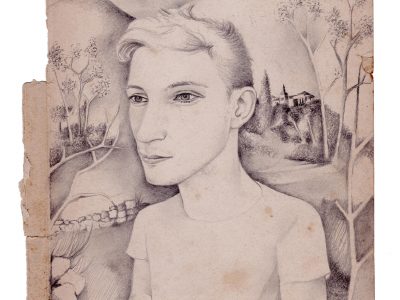 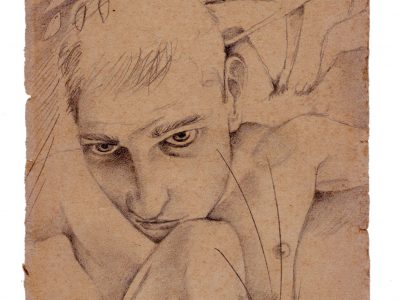 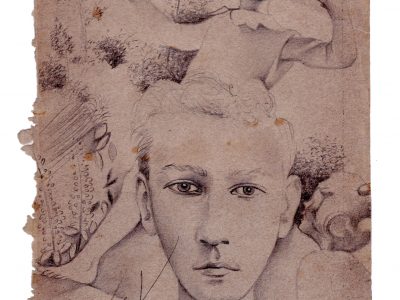 Softly Round Your Sleeping Head