As our first online exhibition of COVID-19, we are pleased to present ‘Splendid Isolation’, a collection of new caravan paintings by the Scottish artist Andrew McIntosh.

Andrew has painted caravans for many years: sometimes as a host for an Old Master painting; others, as a portal to a sunset or unexpected celestial phenomena. In all cases he taps into the curious appeal of the caravan as a miniature world within a world: a vessel for the intrepid, a means of escape, and a place for cocooned isolation.

Andrew’s interest in caravans came with a shift in his work several years ago following the birth of his first child. At the time he was predominantly painting Highland landscapes inspired by his native Scotland, but a chance epiphany with a Sylvanian Families doll’s house piqued his attention. Bright colours, regimented compartments, and removable walls: these were buildings whose rooms acted as a host for an array of imaginative portals, into which we could peek voyeuristically from without.

There followed numerous works that played with this device, presenting dilapidated structures in abandoned landscapes where removed walls revealed a glimpse into other worlds. Caravans quickly became a feature. They crop up in the most unlikely of places, as a means to inhabit an otherwise hostile landscape. Perhaps it is their modest size and humble appearance that makes their redoubtable character so appealing. They are the perfect example of how the imagination – the mental attitude within – can help to endure any conditions, no matter how challenging.

The new series of caravan paintings takes this sense of survivalism as a theme. Some of them are camouflaged, hiding in plain sight in a dense forest or in a field. Others sit sunken in the snow at the forest edge or in a gulley in the mountains. Interestingly, in this new series there are no walls removed, and so we must exercise our imaginations to peek inside. Some of the interiors seem alight with an orange glow reminiscent of the blazing sunrises or cryptic glowing branches that have appeared in Andrew’s previous works. Others are private, curtains closed. This secrecy makes these new paintings both mysterious and uncertain, much like our current times. And by doing this, Andrew puts the emphasis on what the caravan represents, and what it says about human character: that we are independent, resilient, pioneering, imaginative. And also: that we are creative in the process. 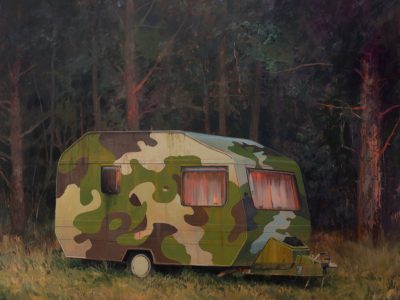 Andrew McIntosh
I Know We Can Make It 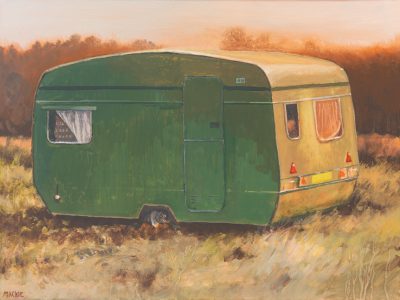 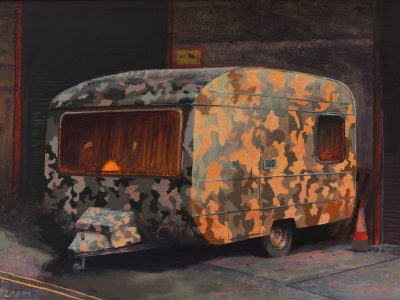 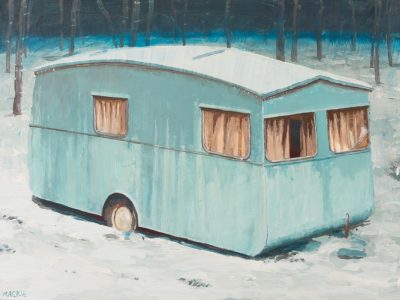 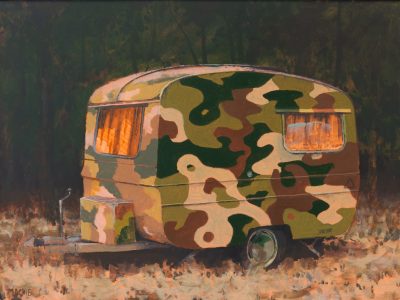 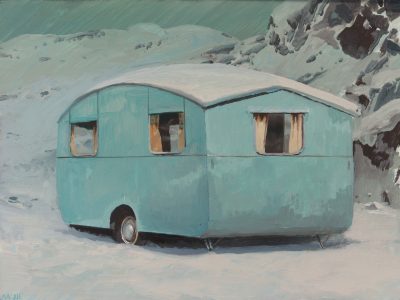 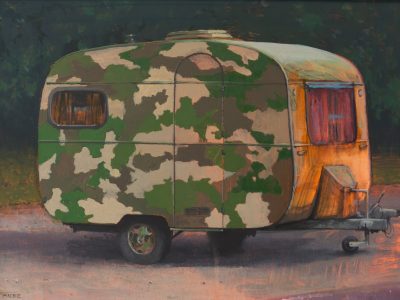