We are pleased to present ‘The Grand Tour’, an exhibition that revisits the 18th century Grand Tour and applies its fascination with Classicism to a 21st century context. The exhibition features four contemporary artists: James B Webster, Emily Allchurch, Matt Smith and Claire Partington.

James B Webster’s sculptures draw on Classical ideals to explore contemporary sensibilities. This show presents a series of busts – the quintessential Grand Tour collector’s item. But where the antique tradition referenced men of gravitas from the public sphere,  James questions this projection of machismo by depicting contemporary figures in fleeting moments of thought. His subjects are anonymous characters in states of everyday vulnerability. This contrast between hard exterior and fragile interior worlds is carried through in his materials, by combining concrete with porcelain. In a similar way, his porcelain sculpture of two Greek Wrestlers carries all the connotations of Classical prowess, but also echoes a gentle eroticism and an underlying fragility in the nature of its material.

Emily Allchurch breathes new life into the antique by recreating Old Masters artworks as collages of her own photographs. This exhibition features a pair of works that explore the legacy of the neo-Classical architect Sir John Soane with recreations of the paintings of his ‘built’ and ‘unbuilt’ projects by his illustrator Joseph Gandy. Each follows the template of Gandy’s original but use images either of existing Soane buildings or of surviving neo-Classical architecture from across the UK, peppered with myriad detail images of 21st century life. A third work reimagines ‘Via Appia Antica’ by Piranesi, an artist Soane met on his own Grand Tour. Through its plethora of sculptures it suggest how the fascination with Classicism still endures even in contemporary culture.

Claire Partington explores the history of art and design to bring together disparate aesthetic styles in exquisite figurative sculptures. Her works in this show explicitly reference COVID19, using classical tropes to create memorials to the 21st century pandemic. Her ‘Zoonotica’ features a boy like a pagan child-god riding a pangolin with a virus in his hand – as if the pandemic were the caprice of some ancient deity. An accompanying suite of marbled plaques use this motif to create a Grand Tour souvenir. In contrast, an Italianate Madonna dressed in tracksuit and trainers stands on a plinth inscribed with a phoenix rising through COVID flames, putting forward a 21st century woman in the role of a figure of hope against the pandemic’s ravages.

Matt Smith combines the elegant with the incongruous to explore how narratives of history are manufactured and presented as truth. His ceramic sculptures reference the imagery of traditional taste, but in unlikely and incompatible combinations. In this exhibition, a pair of Georgian Grand Tourists adapted as candlesticks are given a daubed glaze finish to suggesting how naive simplicity can underlie a veneer of sophistication. An accompanying group of wall scones are stacked with mismatched grouping of Classical collector’s motifs: china plates, exotic birds, and Italianate dolphins… In his textile Rococo portraits, background patterns define the facial features, as if these were characters shaped not as individuals but by social structure. At every step the works foreground the predictability of grand cultural narratives by subverting their usual forms. 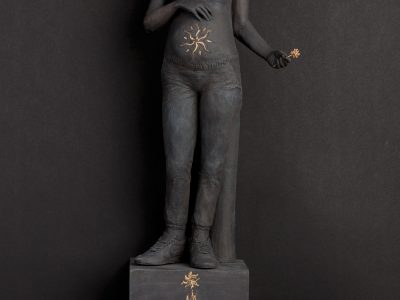 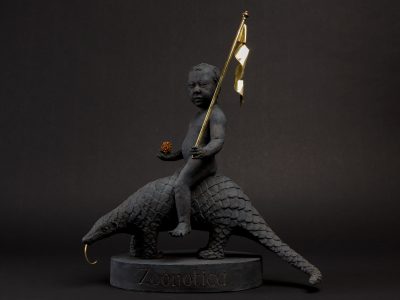 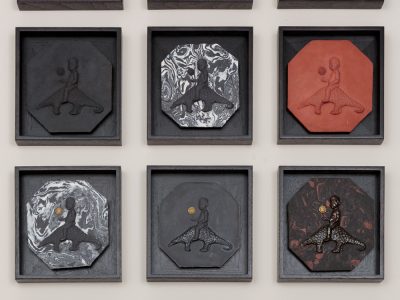 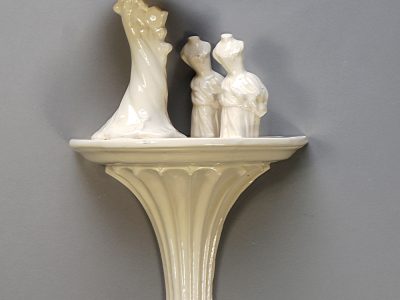 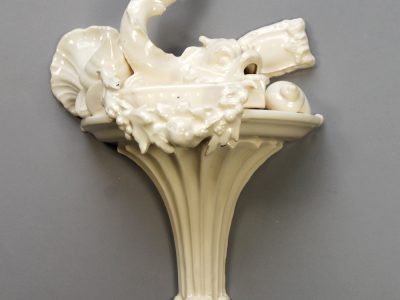 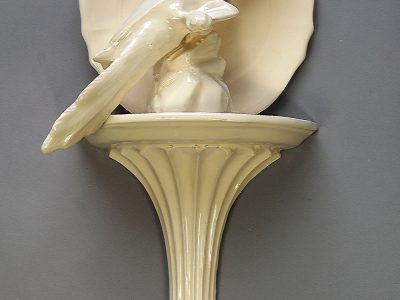 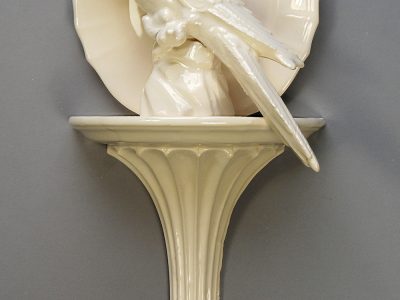 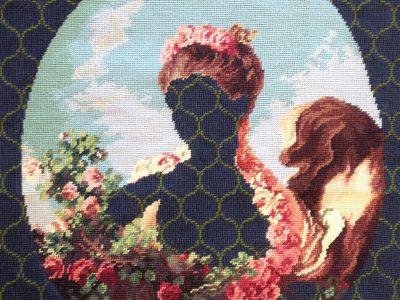 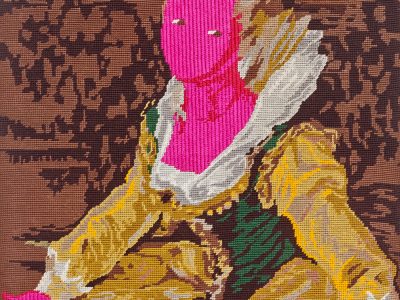 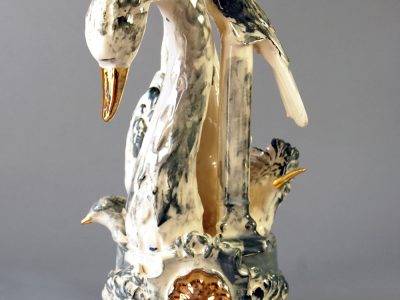 Matt Smith
From the Grand Tour 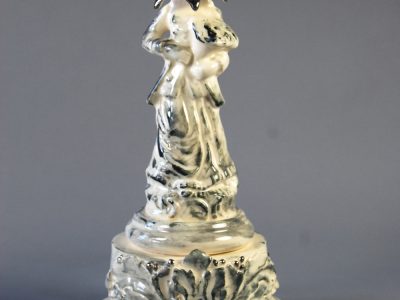 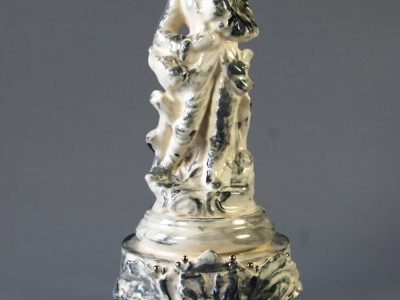 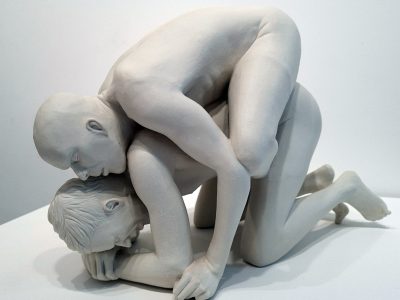 James B Webster
The Wrestlers 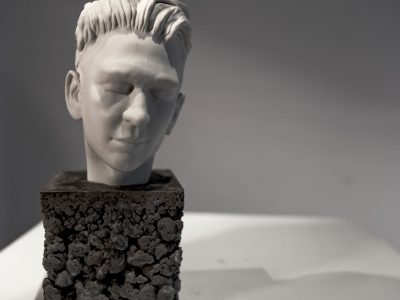 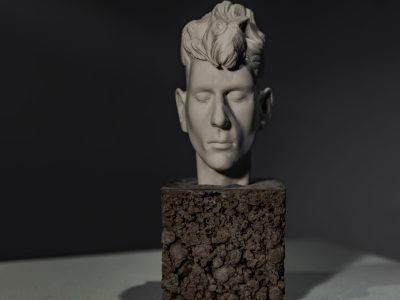 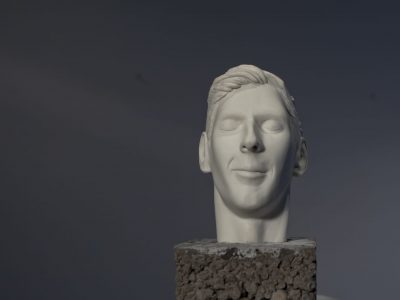 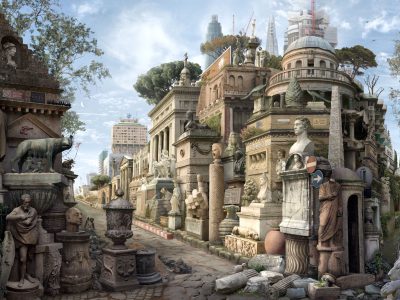 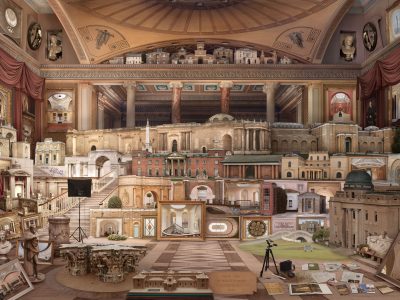 Emily Allchurch
Grand Tour I: Homage to Soane (after Gandy) 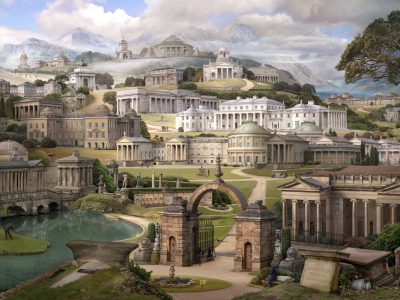