To welcome in 2015, we are pleased to present The Masque, an exhibition of new works by Claire Partington, Paula Kane and Nicolas Freytag.

Claire Partington takes characters from canonical artworks and stories, and remakes them as antique figures with contemporary sensibilities. Van Eyck’s Arnolfini portrait comes to life as a power-pumped man flanked by his medieval mistresses as he dangles his keys before them. Goldilocks appears in court dress with the head of an 18th Century Salt Glaze bear, and transformed into the constellation Ursa Major through the myth of Callisto & Arcas. Threaded with references from old & new sources and exquisitely intricate, Claire’s figures give an insight into how attitude and display have been inextricably interlinked across the centuries.

At first sight, Paula Kane’s paintings look like perfect Arcadian landscapes. Each features a wealth of idealised motifs so familiar to us that they are taken as natural: the rolling hills; the gnarled tree trunk; the flowing river and the hazy light… All are carefully orchestrated to such a pitch of intensity that her fabrications seem to struggle under the weight of their own perfection. Falling somewhere between Da Vinci and Disney, at any moment they could slip from the sublime into the absurd, and serve to remind us that what we hold as an ideal is often just fabrications with little relation to the real world.

Nicolas Freytag’s paintings broach the highs and lows of human activity as if they were two sides of the same coin. Ostensibly focused on the grand achievements of the French Enlightnment, his dark billowing works portray Progress as inevitably rooted in humanity’s most base desires – as if the pinnacles of Science and Reason require the fertilizer of Vice in order to flourish. The result is a macabre carnival of ambition and desire, where the drive to satisfaction is both our greatest strength and weakness. 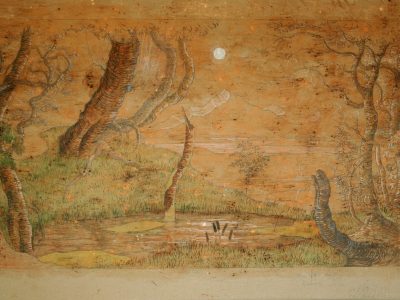 Paula Kane
Gazing into a pond 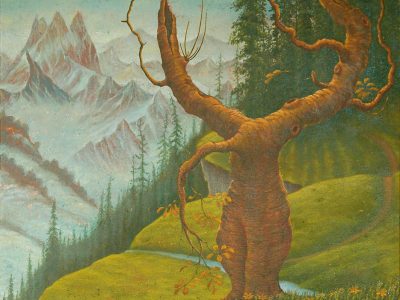 Paula Kane
Above the forest at the edge of the lake 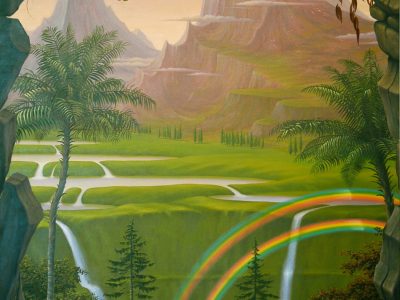 Paula Kane
View From the Hermitage 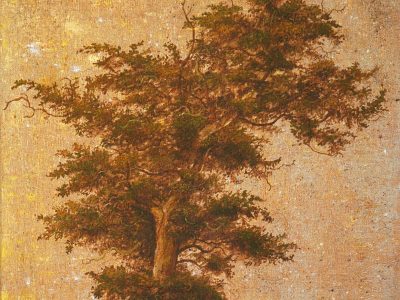 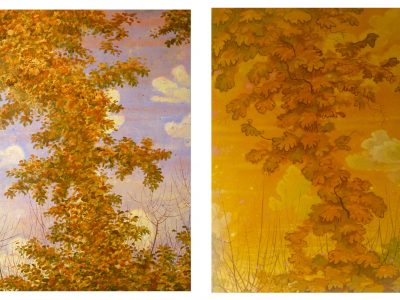 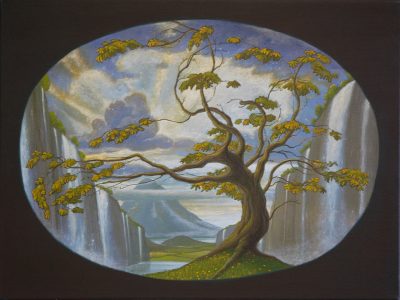 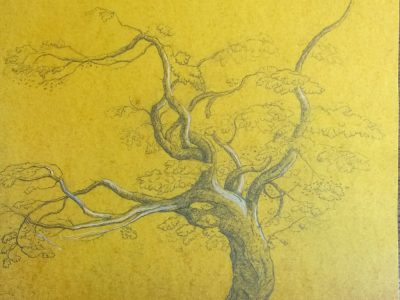 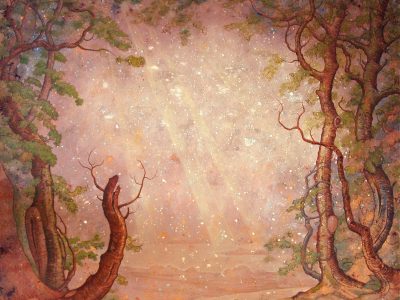 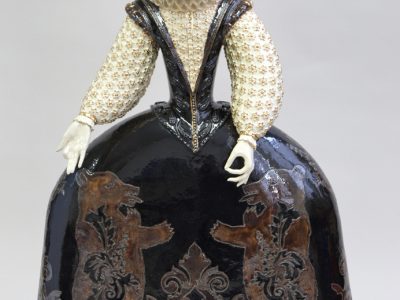 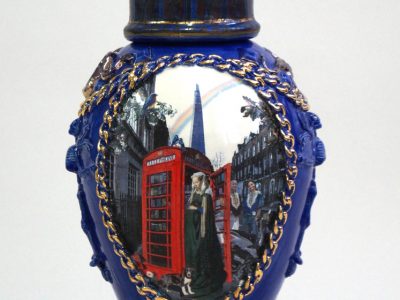 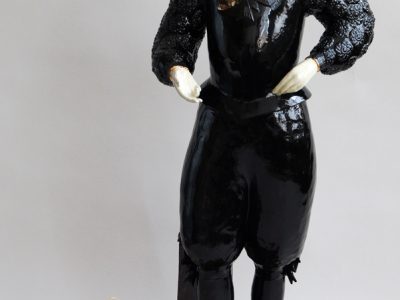 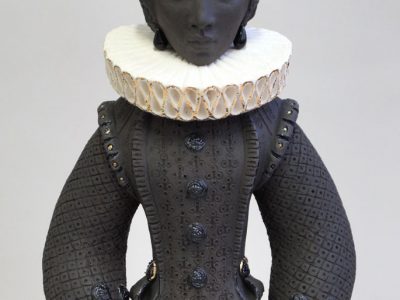 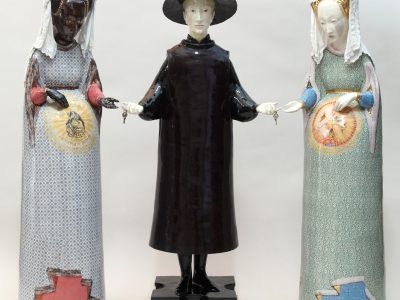 Claire Partington
The More We Are Together 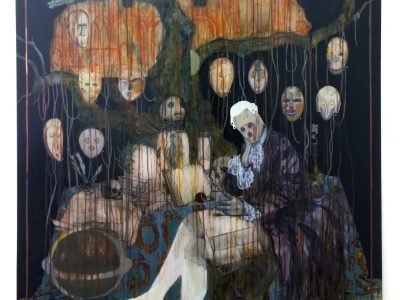 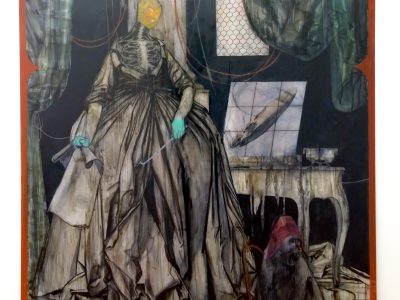 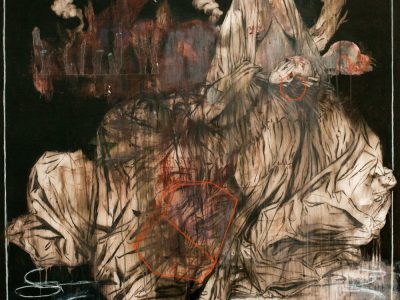 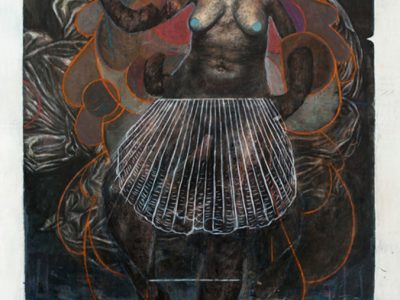