Daniel Hosego is an artist who has spent the last year working in confinement. ‘The Prisoner’ presents the fruits of this captive’s labours: a collection of intricate new drawings and screenprints that disrupt the idealism of art history with 21st century technology and excess.

Hosego’s work is steeped in the history of art, and in particular with how for centuries European art looked to Antiquity for its ideals and inspiration. His works present Classical scenes populated with canonical artists and their creations, and infiltrated by social media and cynical ennui. The ensuing clash of cultures is both humorous and poignant, and contrasts the grand ambitions of Classically-inspired art with the realities of information overload and media saturation.

Hosego’s ink drawings use crisp graphic lines to mimic antique etchings but with a Pop Art slickness, presenting unique works that seem nevertheless designed for graphic reprinting. He then scales these up into screenprints on Perspex where each colourway is a one-off, contradicting the accepted role of printmaking as a form of mass production. Prints as originals, unique drawings destined for replication: Hosego’s practice is built on contradictions, and on pushing against the boundaries of both art history and art making to find a way through our contemporary cultural labyrinth.

‘The Prisoner’ presents some monumental works that are testament to the long months of confinement. At over 2 metres wide, Hosego’s drawing ‘Danto’ packs a plethora of references into an expanded version of Raphael’s ‘Group of Athens’: Emin, Hirst, Koons, Picasso, Warhol, Munch, Michelangelo, and Botticelli appear alongside many others. All come together in a reference to the critic Arthur Danto’s theory of the end of art to depict an updated School of Art Worthies: a place that is crowded, chaotic, disorientating and disrespectful, and as packed and debauched as an orgy. Accompanying this, the large work on Perspex ‘Eye of the Storm’ takes Hokusai’s Great Wave off Kanagawa as its template, and embeds its with centaurs and sea gods riding the crest as an oil platform pumps out waste in the background.

A number of accompanying works, both on paper and Perspex, stem from a commission for the fashion house Hermes, featured on the cover of their publication ‘Le Monde d’Hermes’ in Autumn 2020 and using the motif of the Hermes horse. Other works illustrate the clash of pre- and post-digital experience in scenes at once classical and contemporary: an angel sits on top of the world doomscrolling through his phone; a prisoner in a baseball cap is tormented by medieval jesters; and a cave-dweller despairs at adapting to the world of twenty-four hour news, Cristal Rose, and Amazon Prime. 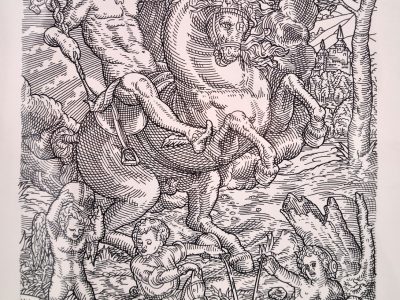 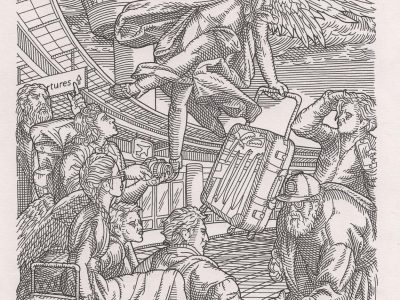 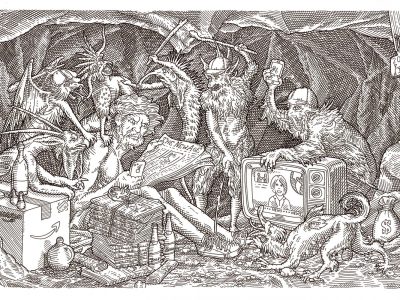 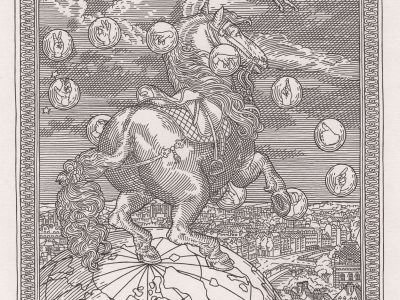 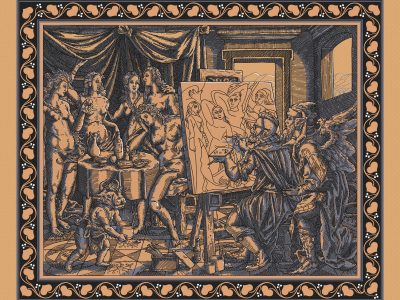 Daniel Hosego
The Portrait of the Man as an Artist – Orange 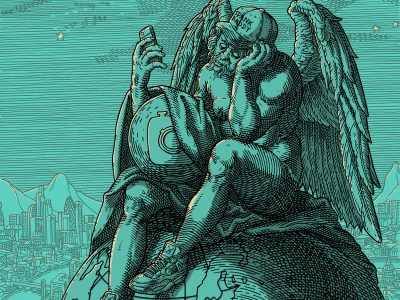 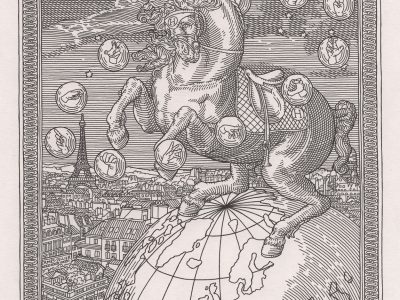 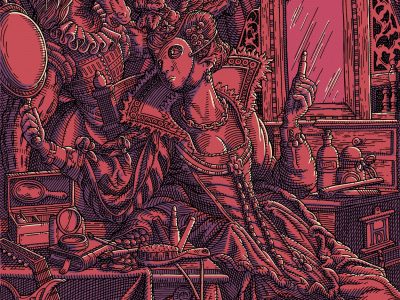 Daniel Hosego
The Old Maid and The Mare – Red 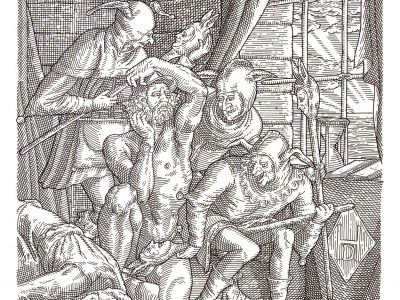 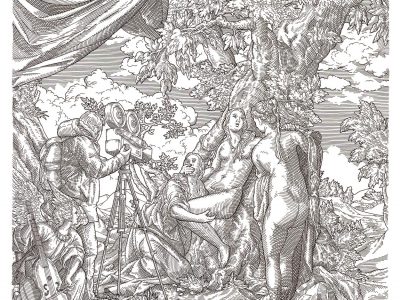 Daniel Hosego
The Male’s Gaze Upon the Three Graces 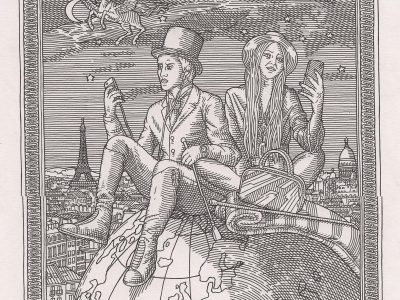 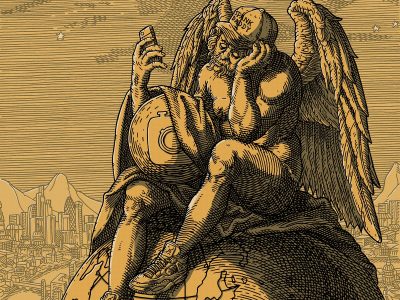 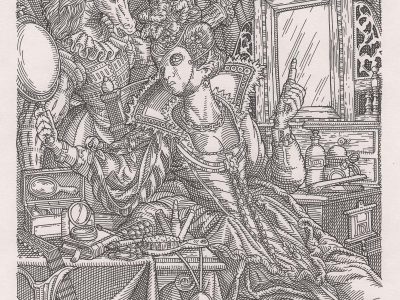 Daniel Hosego
The Old Maid and the Mare 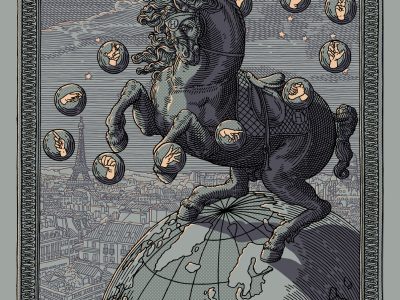 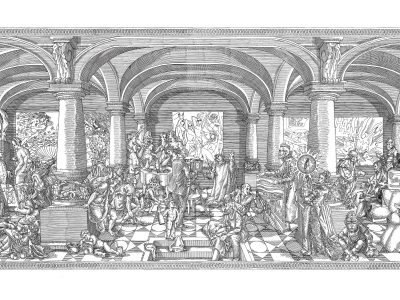 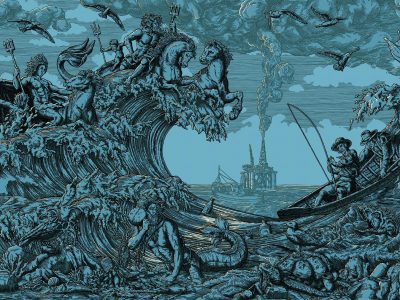 Daniel Hosego
The Eye of the Storm – Blue 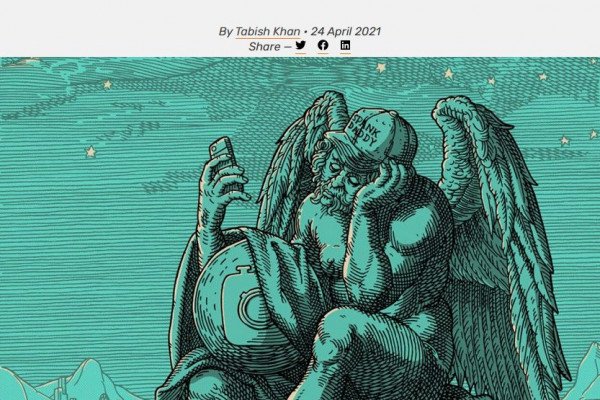 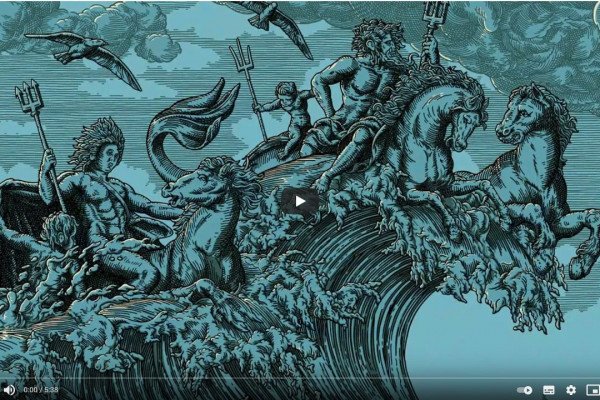