We are pleased to present ‘The Reconstructed Romantic’, an exhibition of landscape works by the British artist Jane Ward. The show brings together works from residences in Switzerland, Portugal, Madeira and Ireland, and explores how these diverse environments influence the development of Jane’s work.

Jane Ward’s digital collages are composed of a profusion of photographic images, ranging from aerial views of mountain forests and lakes to industrial complexes and metropolitan developments. Each has been deconstructed and fragmented into component parts, and then reconstituted as fantastical new scenes. The process forces together contradictory perspectives, juxtaposing architectural close-ups with grand vistas and fine miniature details so that all sense of scale and proportion is dissolved. Jane then paints many of her scenes with ink and watercolour as a means of enhancing the dissolution of one image into another. By this process she also links back to the tradition of the painted Romantic landscape that lies beneath her work.

While the collages may appear chaotic at first, there is a sense of order that underpins them. On the one hand they are geological: the fragmented images are reconstructed as tunnels, bridges, or glaciars, echoing the organic formations produced by the earth over millennia. On the other hand they are almost kaleidoscopic, with horizon lines tipped onto their sides and turned time and again through clockwork motions. The same happens to numerous smaller motifs that punctuate the image, such as buildings, hedges or watercourses. They appear and reappear, rotating through their paces, creating a subtle structural thread inside the image: a Fibonacci code of the artist’s own invention, a sense of order for the barrage of photographic imagery.

These two tendencies combine to create invented landscapes which, while Romantic in their nature, are very much of the twenty-first century. Their use of image overload speaks of our daily digital existence, as do the multiplicity of perspectives, the fragmentation of structures, and the sense of disorientation. Through this, Jane Ward’s collages articulate the mental dexterity demanded by such a constant stream of information, whilst still channeling the very human urge to arrange it all into a picture with which we can identify. 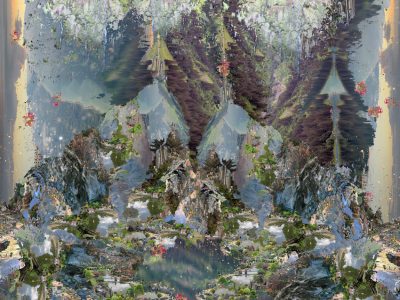 Jane Ward
From The Ice Gulfs 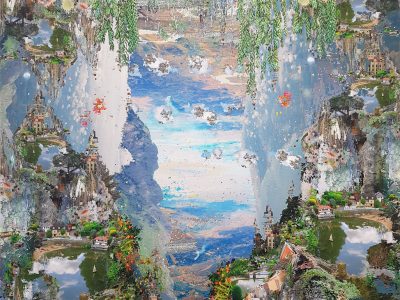 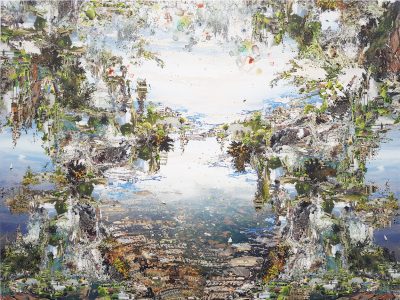 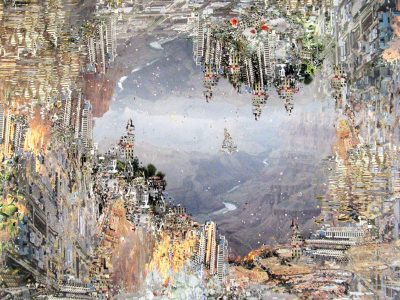 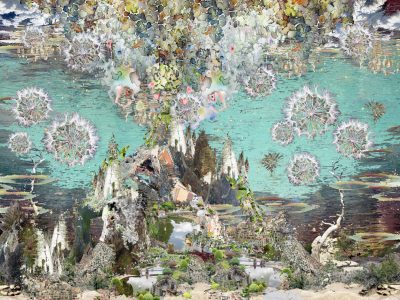 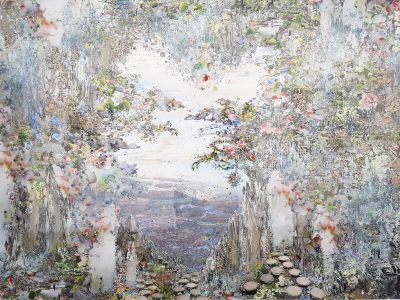 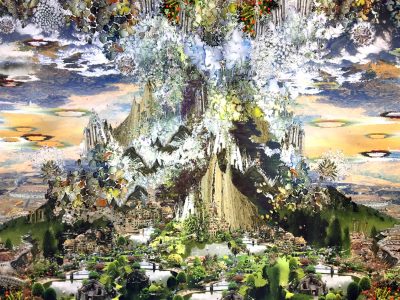 Jane Ward
In These Solitudes 3 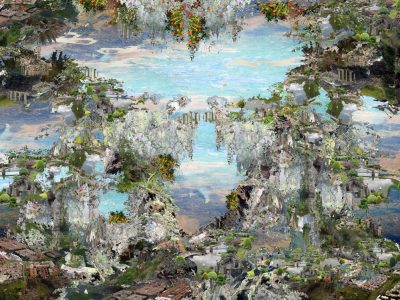 Jane Ward
In the Mountains 2 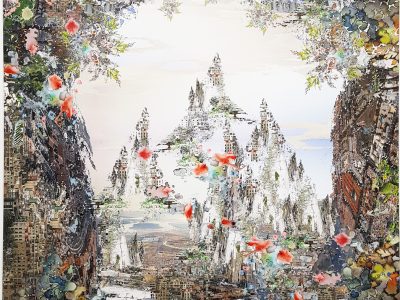 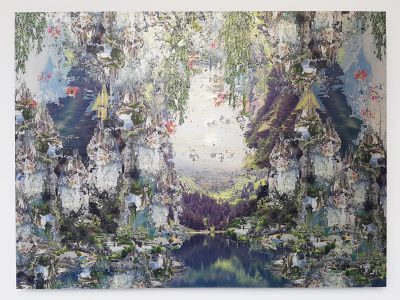 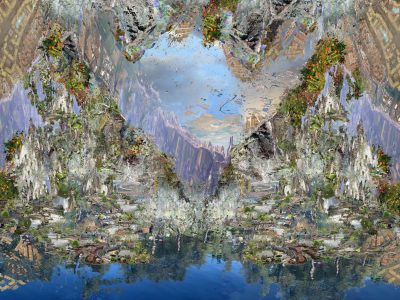 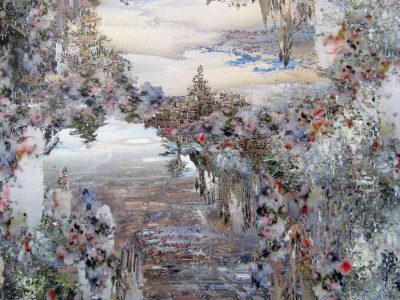 Jane Ward
The Bridges 2a