We are pleased to present The Unseen, an exhibition of works by Douglas McDougall and Simone Pellegrini, two artists who use their work to give form to hidden experiences and ideas.

Douglas McDougall brings beings into existence using little more than pulp and burnt wood. He works with charcoal on paper to create portraits of outsiders, those who exist without or despite the system. Some seem familiar, faces peeking out from the soft aperture of a balaclava as if this were a portal through which they perceived the world, and via which they too can be glimpsed and understood. Others are more cryptic, faces like golems conjured up from the earth, whose vascular skin and abraded features act like a coded membrane of the psyche beneath. In his dense mark-making and intense compositions, Douglas articulates complex inner worlds – places that may not obey reason or logic, but are experienced as very real and relevant all the same.

Simone Pellegrini is an Italian artist based in Bologna whose works combine both drawing and print. They have the air of ancient parchments reassembled from myriad fragments, and seem to describe an esoteric or arcane system of belief. In some ways reminiscent of the Voynich manuscript, Simone’s imagery is filled with organic forms and pathways which govern the fates of its inhabitants. There are echoes of medieval imaginings of Heaven and Hell, and the herding of souls on the Day of Judgement. But the forms are also much more natural, redolent of the anatomy of plants or insects, and visionary motifs indicating transformation and metamorphosis. It is as if they represented a form of belief that had taken shape without the concept of a God; documents that describe an alternative attempt to make sense of the conundrum of existence. 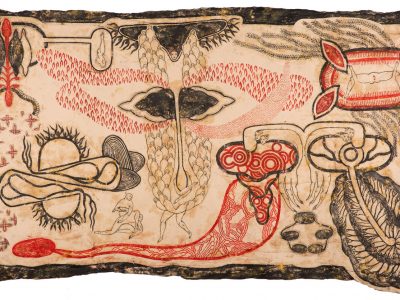 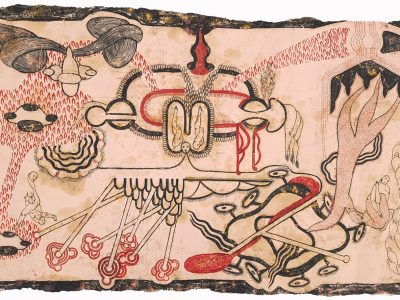 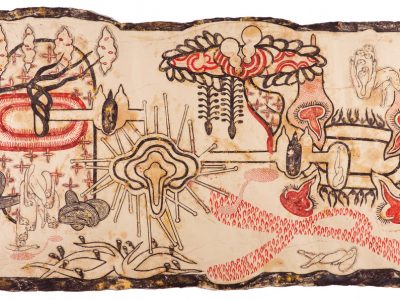 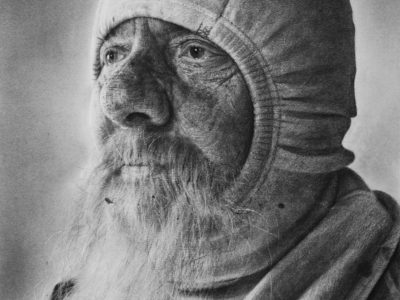 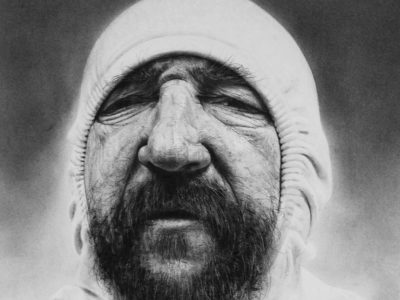 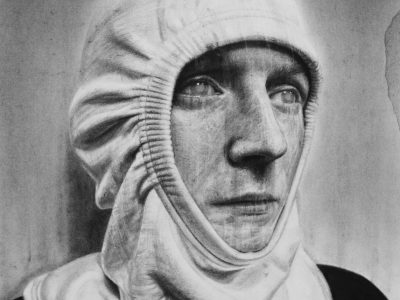 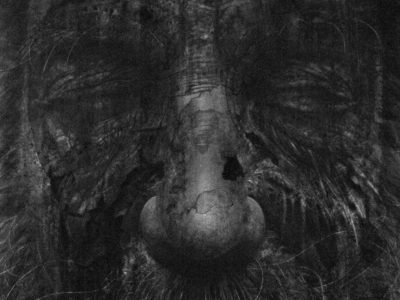 Douglas McDougall
The Fissiparity of a Life Lived Through Passwords