Look around you in a public place, and almost everyone will be somewhere else, lost in their own virtual otherwhere. This is the digital future: absent communication. Touch/Screen sets out to look at that gap we fall into between the physical and the virtual, using the work of two very different artists: Matthew Small, a painter of raw tactile portraits of urban youth, and Chuck Elliott, a digital artist who gives structure and colour to the digital ether. Somewhere in between is where we spend an increasing part of our lives – somewhere between touch and the screen.

Matthew Small paints the invisible: the individuals of the city crowds. Using images lifted from anonymously filmed footage and working with recycled scrap metal, Matthew’s portraits have a sense of energy and power that compensates for how everyday people are usually overlooked in our flash-in-the-attention-span culture. In Touch/Screen Matthew presents a series of new three-dimensional works, where he has pushed his painting out onto multiple levels. Rough-cut and ragged, these faces force their way forward and fight for attention to make their presence felt. They are very much present in the here and now.

In contrast, Chuck Elliot’s digital paintings have a slickness and glow that is as enticing as a next gen smartphone. Chuck starts from a base of logical algorithms, and develops exquisite, lyrical patternings that glow in a myriad of vivid colours. A bit like music turned into light, his paintings have a hypnotic quality that somehow reflects how emotive technology has become a part of our daily lives. The impulse to connect, the desire to grab the phone and touch the screen: Chuck’s paintings are like the urge to slide into cyberspace. 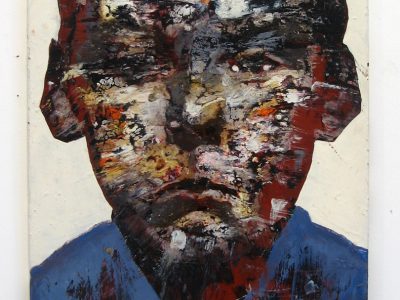 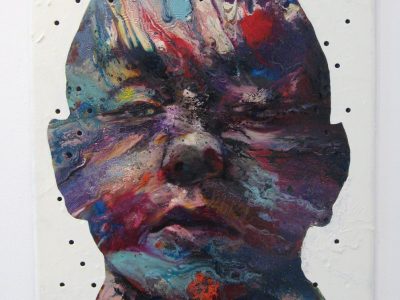 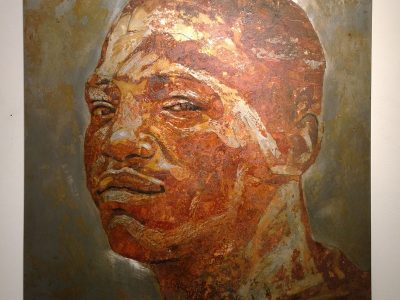