We Were the Coca Cola

Andrew McIntosh is a painter who imagines the stories that old buildings try to hide. Previously his works focused on the art world, presenting well-known masterpieces inside eerie derelict buildings as if they had been abandoned by their owners. In his latest exhibition, ‘We Were the Coca Cola’, Mackie turns his attention to London’s music scene through images of iconic venues haunted by the music of their past.

Mackie presents his dilapidated venues at twilight, as if building up to the gig that will mark the end of their days. Shining out in the darkness, a motif from a seminal album provides a visual link to a musical milestone in the venue’s history. The entrance hall of the Marquee holds the concrete monolith from The Who’s 1971 album Who’s next. The body from The Clash’s Give Them Enough Rope lies bleeding on the floor inside the Hammersmith Palais. These visual echoes float spirit-like within the shells of the old buildings, caught in a timeless stasis while the venue itself erodes. Bricks and mortar decay; music, like memory, is ephemeral.

Accompanying these large works is a suite of smaller paintings depicting bandstands embedded with iconic pop symbols. Bowie’s lightning bolt and U2’s Joshua Tree appear on deserted stages, playing to empty parks by starlight. Through cryptic compositions, they show how a visual image can jog the emotional memories that form the experience of music. These small paintings thus act as a counterpoint to the larger works, suggesting how music and memory intertwine. 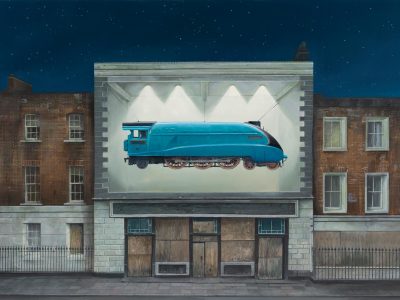 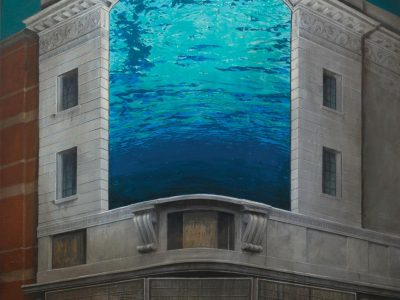 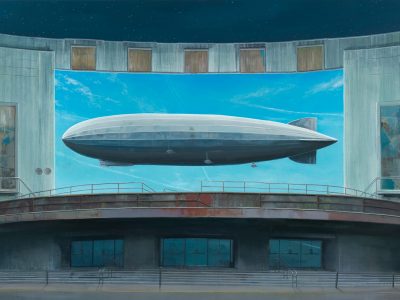 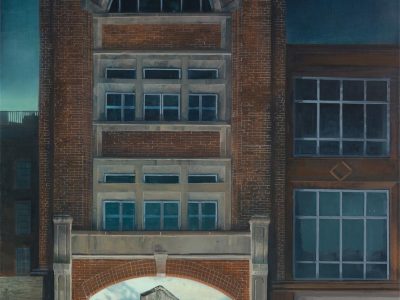 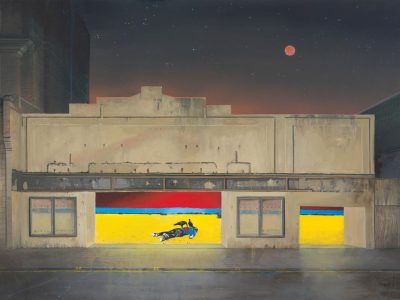 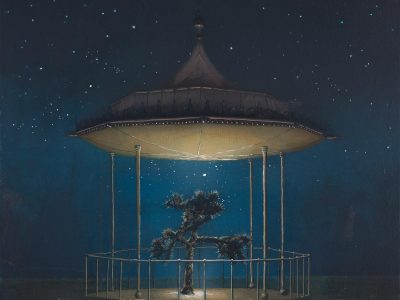 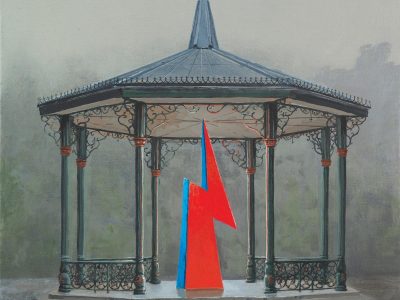 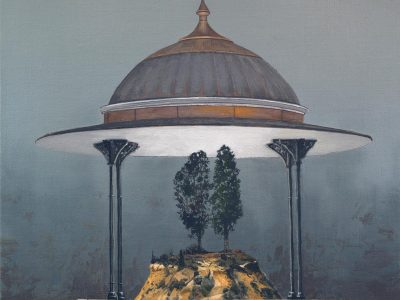 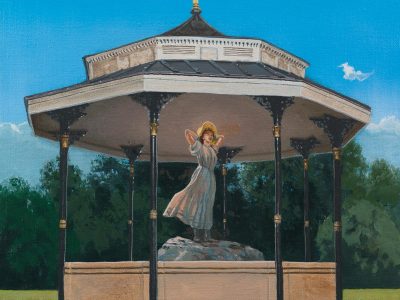 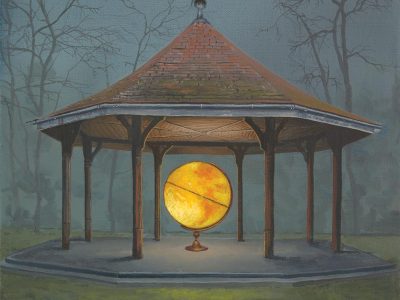