You Were Shit in the 80s

On occasions, artists are just like other people: they have their disagreements. Sometimes it’s professional, often it’s not, but it always makes for a good story. And so, with an eye for this element of soap opera in the history of art, artist’s arguments form the central theme of Mackie’s upcoming exhibition: You Were Shit in the 80s.

Mackie paints ethereal landscapes populated only by isolated ageing buildings. But inside these structures, delicately and minutely reproduced, are some of the most iconic works from Modern and contemporary art. Each relates to an artist argument; each is the fruit of friction. One pair of paintings references the long-standing friendship between Lucian Freud and Francis Bacon that deteriorated into a spiteful tit-for-tat. Freud’s 1989 “Standing by the Rags” appears in a crumbling Victorian building in Toxteth; Bacon’s “Second Version of Triptych 1944” occupies an abandoned asylum near Glasgow.

Similarly with the press spat ahead of David Hockney’s 2012 Royal Academy show, when he referred to Damien Hirst’s work as “insulting to skilful craftsmen”. Hockney’s “Portrait of Nick Wilder” hangs in the upper floors of the deserted Pennine Tower at Lancaster Service Station, while Hirst’s shark sits screaming inside a padded room within an isolated country barn.

Each Master holds his own court, but the audience is curiously absent. This, in combination with Mackie’s settings, lends a Gothic curiosity to the work. His decaying architectural behemoths and empty landscapes have an after-the-deluge feel, as if these masterpieces were nostalgic documents of a time when cultural creativity was abundant. Mackie’s trick of revealing them by removing a panel from the face of the building also prompts a host of questions: what kind of collector uses these oversized doll’s houses for their art? Who is the intended audience in this post-creative world? And, perhaps more importantly, quite how far away might we be from this creative Golgotha right now? 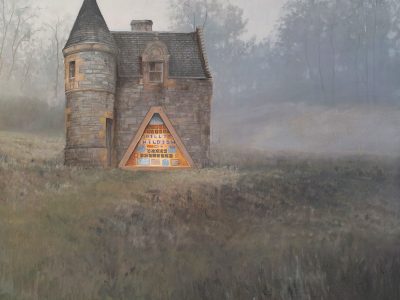 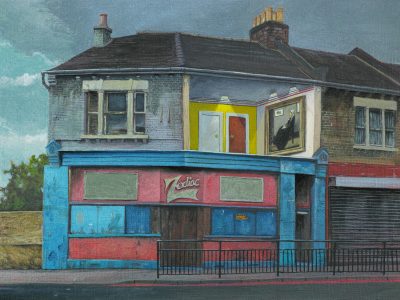 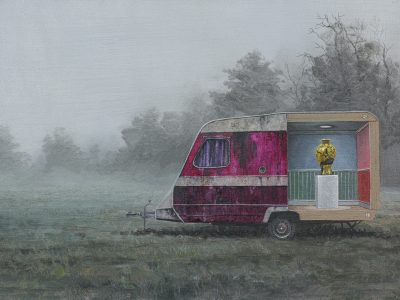 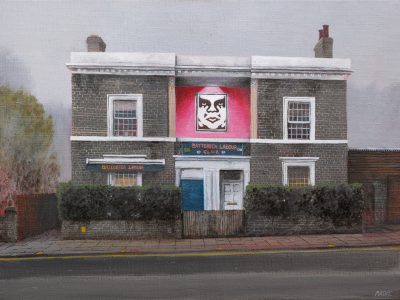 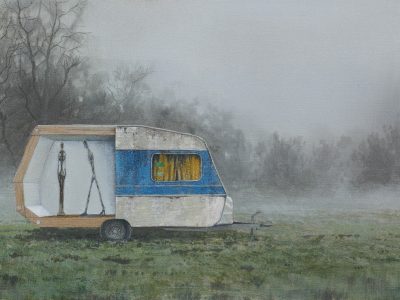 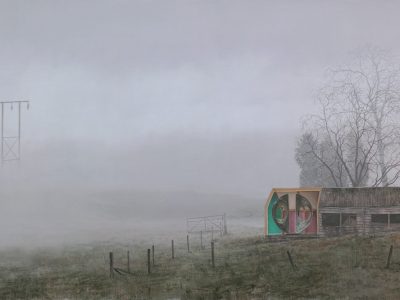 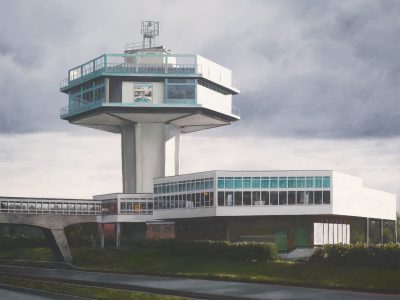 Andrew McIntosh
All by my own hand, Part 1: David Hockney 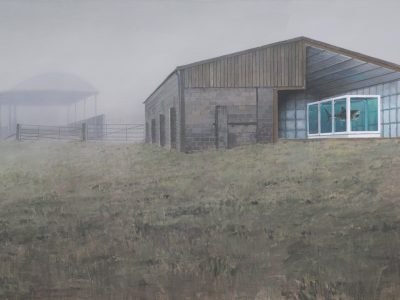 Andrew McIntosh
All by my own hand, Part 2: Damien Hirst 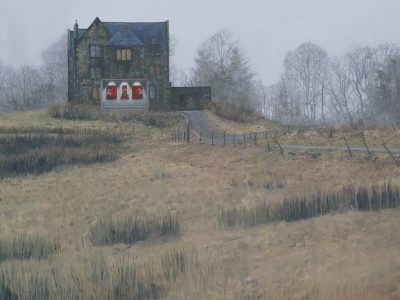 Andrew McIntosh
You were shit in the 80s, Part 2: Francis Bacon 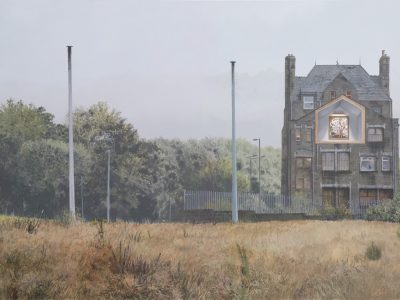 Andrew McIntosh
You were shit in the 80s Part I: Lucian Freud 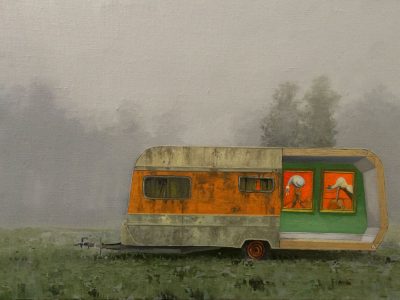